U/E: Group Petitions Regional Minister To Speed Up Bawku-Bolgatanga Road Or Else... 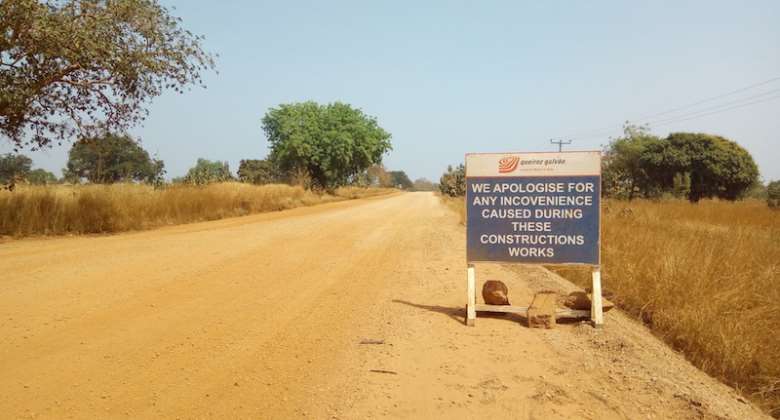 A group calling itself the Bawku Youth Parliament has petitioned government through the Upper East Regional Minister to review the Bawku township road construction plan in the Bolgatanga-Bawku-Pulmakom road contract and speed up work.

The group in a petition addressed to the Upper East Regional Minister, called on the government to consider its demands and reply its petition before May 31, 2020, else its members would advise themselves.

“We also demand a response from government not later than 31st May 2020 that our demands are met and the projects would be completed within a stipulated reasonable timeline. We would be compelled to heed to the call of our colleague campaigners and advice ourselves accordingly.”

The petition which is signed by Seidu Atiraag Issah, Speaker of the Bawku Youth Parliament, said it the group has detected a supposed gap in the construction of the road especially roads within the Bawku Municipality as against what was promised.

The group in its petition said, “On job description, Mr Peter Dagadu, Resident Engineer of the Project, explained that the 109km road had been divided into 14 lots, out of which three lots are bridges, the Kolaa bridge, Red Volta bridge and the White Volta bridge”.

“Two kilometres from Bolgatanga Township will be a dual carriageway. There will be by-passes in Bawku and Pusiga Township and the rest of the roads will be double surface dressing and single carriageway”.

It indicated that only three kilometres of the entire roads would be asphalted, that is, two kilometres in Bolgatanga and one kilometre in Zebilla, while Bawku would not get a dual carriageway and asphalt.

The youth expressed dissatisfaction with the plan of the project, particularly how roads within the Bawku township would be constructed.

The group thus demanded an immediate review of the plan to ensure roads constructed in the area befitted the status of a Municipality.