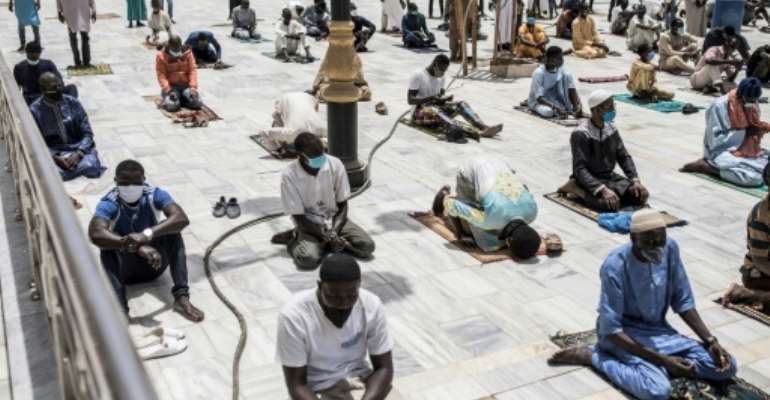 Some Senegalese mosques opened their doors on Friday after the government eased coronavirus restrictions, but others judged the rate of infection too high and stayed shut.

More than 90 percent of Senegal is Muslim and most of the faithful follow Sufi brotherhoods, which retain considerable influence in nation of 16 million people.

In the seaside capital Dakar on Friday, according to AFP journalists, thousands of worshippers flocked to Massalikul Jinaan mosque -- which is one of West Africa's largest and belongs to the powerful Mouride brotherhood.

Mosque spokesman Mor Daga Sylla told AFP that religious authorities had insisted the faithful wash their hands and keep one metre away from one another.

"We were uncompromising," he said.

A similar scene played out in the Dakar suburb of Mbao, where water and soap were placed in front of the local mosque, and the majority of worshippers wore facemasks.

Inside, the mosque's imam, Pape Moussa Seck, preached a sermon calling the coronavirus a "divine ordeal" caused by religious infractions such as "the indecent clothing of young girls, assaults and murders".

Senegalese authorities have recorded 2,310 cases to date, including 25 fatalities. 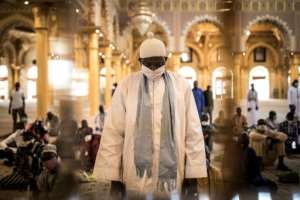 Some religious institutions in Senegal have remained closed because of the still-present virus threat. By JOHN WESSELS (AFP)

The numbers are low compared to virus-stricken Europe and the United States.

But as with other poor countries in the region, there are fears that it is ill equipped to handle a large outbreak.

Some religious institutions in Senegal have remained closed because of the still-present virus threat.

Major mosques in the capital, such as the Dakar Grand Mosque and Cheikh Oumar Foutiyou mosque, said this week that they would not open again, for example, citing health risks.

The Catholic Church in Senegal similarly said this week that masses would not resume.

Despite the easing of restrictions on prayers, other anti-virus measures remain in place.

Senegal has shut schools and borders, restricted travel and imposed a night-time curfew in a bid to curb the spread of coronavirus.