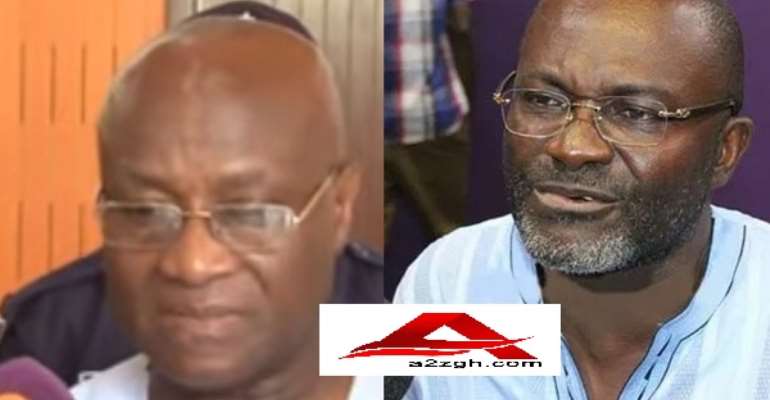 The Member of Parliament for Assin Central Kennedy Agyapong ever since he became an MP says he has never abused his credentials despited his vituperations on radio and Television.

In A2zgh.com's daily report, the 'say it as it is' lawmaker alleged that the opposition National Democratic Congress (NDC) is planning to destabilize Ashanti Region through the killing of expatriates.

According to the loudmouth Kennedy Agyapong, NDC have been engaging themselves in meetings in the Ashanti Region on how to win the presidential power this year.

“The NDC wants to kill and get power and this time, not Ghanaians, they want to kill expatriates, they will follow expatriates to their house and kill them to give a view to the international world that Ghana isn’t stable,” he revealed.

In yet another report, the Assin Central MP revealed how the National Democratic Congress (NDC) is also planning to murder the majority leader in Parliament Osei Kyei Mensah Bonsu.

Ken Agyapong has observed that in the NDC's first meeting, it emerged that Abronye DC, Osei Kyei Mensah Bonsu and himself will be murdered but it was unsuccessful.

He continued that Osei Kyei Mensah Bonsu will be invited to chair a meeting by bodybuilders in the Ashanti region and that will be the end of his life.

"Some bodybuilders and macho men will invite Osei Kyei Mensah Bonsu to chair a meeting that will aim at bringing peace in this year's election so if he agrees, there would be chaos during the meeting and he will be shot," he revealed.

He, however, warned Osei Kyei Mensah Bonsu who us also the MP for Suame Constituency that he should be wary of any meeting from bodybuilders in the Ashanti Region that aims to bring peace during, before and after the election.