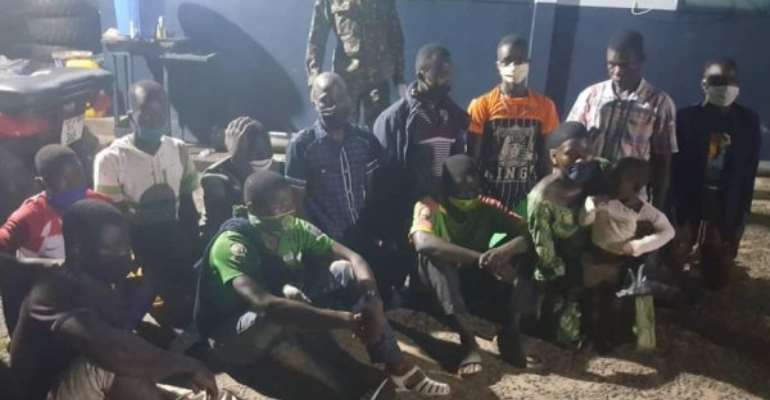 Assistance Inspector, Moses Manford Akakpo, Western Regional Public Affairs Officer of the Ghana Immigration Service, told the GNA that information from the Half Assini Command of GIS indicated that the swiftness of the patrol officers, coupled with the cooperation of some concerned community members, resulted in the arrest of the illegal migrants.

Among them were two women and a two-year-old toddler.

He said the migrants were arrested at different locations within the community, adding that investigations revealed that they were unrelated and therefore had accidentally arrived at the Nzemtenu community almost at the same time.

Assistant Inspector Akakpo said samples of the migrants aged between 17 and 33 years were immediately taken for testing and that they have since been put under quarantine awaiting results, which would eventually inform the next line of action by the Municipal Security Council.

He said the 11 have subsequently been escorted back to the Ivorian security to return home.

Meanwhile, some 12 other ECOWAS nationals were refused entry at Appollenu entry point around the Ghana -Ivory Coast border.