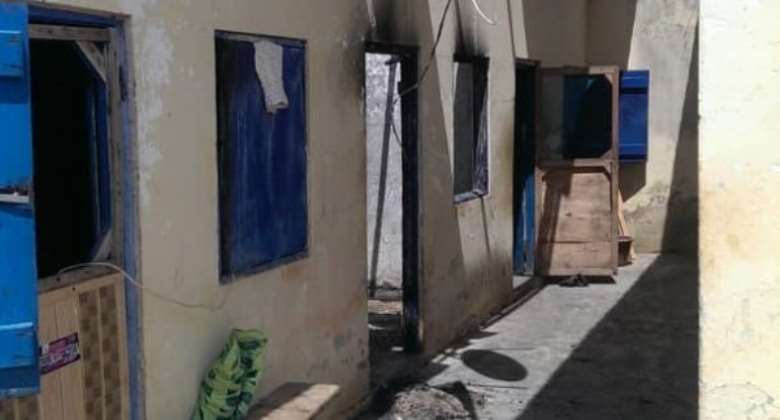 Mr. David Okyere, the Birim Central Municipal Director of National Disaster Management Organization (NADMO), said before the intervention of the Ghana National Fire Service (GNFS), the fire had burnt down the four rooms and the property in them into ashes with two persons sustaining severe burns and five other members of the household sustaining minor injuries.

Mr Emmanuel Kofi and his brother who visited him and whose name is not readily available sustained severe burns and were transferred from Oda Government Hospital to Koforidua Regional Hospital for further treatment.

Investigations revealed that, the members of the compound house instead of calling 191 or 0342093773, which is the contact of Birim Central Municipal GNFS, they rather called 192 which led to the arrival of Ambulance Service to the scene first.

The NADMO Director said, property lost was estimated at about GH¢15,200.00.