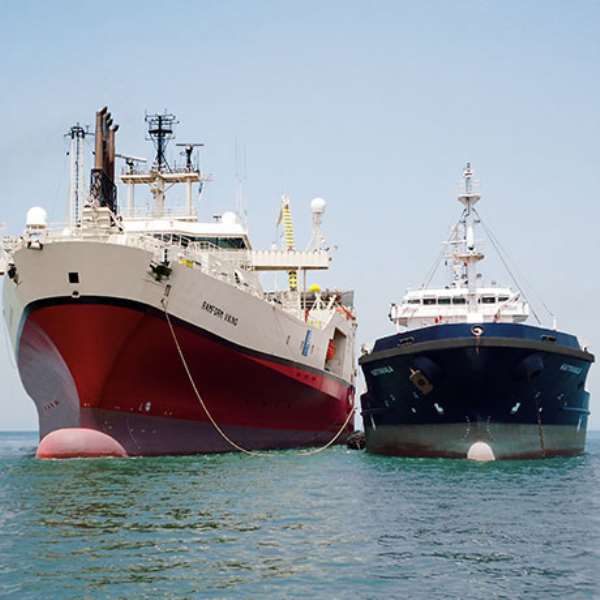 Some eight persons suspected to be engaged in illegal bunkering have been arrested by the Ghana Maritime Authority in collaboration with the Western Naval command and marine police.

The arrest was made during a routine patrol on the sea to check activities of such person on the seas of Takoradi.

The eight suspects are currently in the custody of the Marine police while their boat christened “Dendey” has been sent to the anchorage at the Western Naval command.

The growing activities of these illegal boats, locally called Dendeys, is becoming a menace in the Takoradi area. Disguised as fishing boats, these massive wooden vessels, with the storage capacity of tens of thousands of litres and propelled by twin-outboard motors go to the high seas, mostly at night where unapproved and unlicensed tanker ships dock.

The head of the Ghana Maritime Authority at Takoradi Captain William E. Thompson confirmed the development.