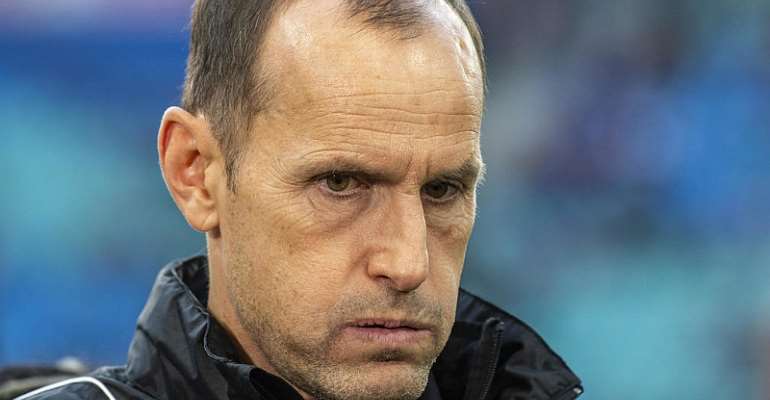 In German, "herrlich" means splendid. But in the prelude to this weekend's resumption of the Bundesliga, the Augsburg coach Heiko Herrlich failed somewhat to live up to his surname.

The 48-year-old broke strict quarantine rules and left the team hotel to buy some toothpaste.

“Even though I followed all hygiene measures both when I left the hotel and otherwise, I cannot undo this,” said Herrlich.

“In this situation I did not live up to my role model function towards my team and the public. I will therefore be consistent and stand by my mistake. Because of this mistake I will not coach the team in the match against Wolfsburg on Saturday.”

Herrlich has yet to lead the side in competitive match. The former Germany international was appointed on 10 March, less than a week before the Bundesliga was suspended as part of the German government's attempts to arrest the spread of the coronavirus.

Herrlich's predecessor, Martin Schmidt, had led Augsburg to 14th place in the Bundesliga. But he was given his marching orders with the club only five points above the relegation play-off place.

After Saturday's game against Wolfsburg, Herrlich will have eight matches to lead his charges away from the drop zone.

Bayern Munich bid
At the other end of the table, Borussia Dortmund will try to close to within one point of pacesetters Bayern Munich on Saturday.

Dortmund host Schalke at the Siguna Iduna Park. Normally for the Ruhr derby, 80,000 fans pack into the venue to scream for local bragging rights.

However as part of the German Football League's resumption plan, fans have been excluded from matches and squads must undergo regular tests for the coronavirus.

Bayern, who are seeking a record-extending 30th Bundesliga crown, relaunch their quest on Sunday at mid-table FC Union Berlin.

Ghana Back To HIPC Not True – Oppong Nkrumah
2 minutes ago

Allowance For Workers Who Lost Job Due To Covid-19 — Mahama ...
14 minutes ago