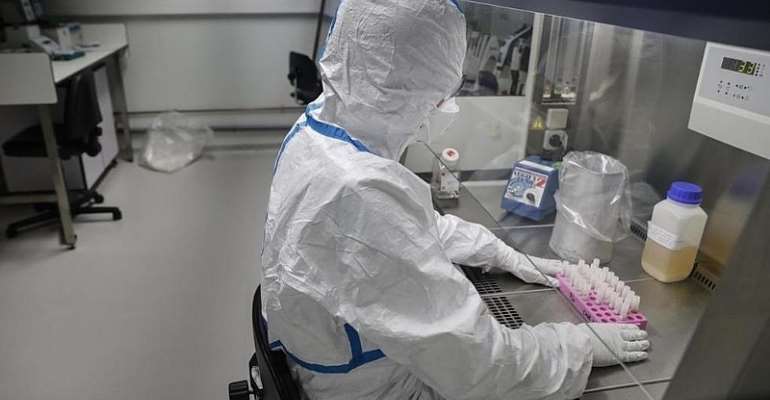 Less than 10 percent of the population has been exposed to the coronavirus in the Paris region and the east of France, two key areas affected by Covid-19, according to a new study. President Emmanuel Macron has said the easing of lockdown is "on the right track", but researchers are warning of a second wave.

At the end of April, France's Institut Pasteur in Paris published its first estimation concerning the infection levels of the French population. It said around 5.7 percent would have been infected by the virus, or around 3.7 million people by 11 May, when lockdown measures were lifted.

The institute has revised its initial figure downwards to around 4.4 percent, or 2.8 million people, according to a new study published in the journal Science.

Researchers estimate that 9.9 percent of residents in the Ile-de-France region (including Paris) would have been contaminated by 11 May, and 9.1 percent in the Grand Est region, the two areas where the death toll has been the highest.

The low level of infections recorded is due to the effect of lockdown, which brought the transmission rate down from an average of 2.9 per person at the beginning of confinement to 0.67 at the end.

Simon Cauchemez, one of the authors of the study, says that as lockdown measures are gradually being lifted, it will not be surprising to see a resurgence of the virus.

They have already recommended that confinement measures should be extended until sufficient control measures are in place.

"Based on all the figures we have, the epidemic will probably start up again, in the absence of control methods," he said.

The group of researchers involved in the study said that the level of group immunity is not high enough to avoid a second wave without vaccinations.

"Around 65 percent of the population would need to be immunised," they wrote, to ensure that the epidemic was under control.

Cauchemez said blood test results would provide them with extra data to fine tune their estimations.

The death toll from Covid-19 in France has now reached over 27,000, with several new clusters forming in areas previously thought to be out of danger.

Although the numbers of people dying per day has dropped significantly, as with the number of patients in intensive care, health experts warn that the country must not let down its guard.

Is science at odds with politics?

President Emmanuel Macron says the country is "on the right track" when it comes to easing the strict lockdown measures, but that it is too early to celebrate a victory.

During a video meeting this week with key ministers, police chiefs and regional health directors, he noted that things were going smoothly since the first day of easing on 11 May.

"The philosophy we have adopted since the beginning of the crisis with the Prime Minister Edouard Philippe has been to constantly correct our actions if necessary," he said.

"We will continue to do this in the coming days and weeks, when it comes to these extremely different logistical challenges."