NPP Will Win December Elections Based On Performance — Mac-Manu 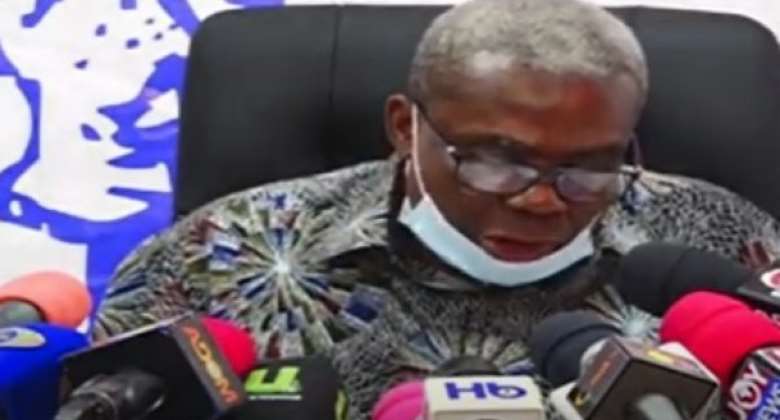 He said the President Akufo-Addo-led Government had shown better leadership than the NDC Presidential Candidate, Mr John Dramani Mahama, and based on that the electorate would renew the mandate of the Government in the December polls.

Addressing a news conference to respond to the NDC allegations in Accra on Thursday, Mr Peter Mac-Manu, the NPP Campaign Manager for the December 2020 Elections, said the Party did not need the EC to rig the polls in its favour, but would campaign to win based on its sound track record.

He recounted some achievements of the ruling government including the Free Senior High School that had enrolled 1.3 million children, employment of 100,000 graduates and the support offered to the ordinary Ghanaian during the COVID-19 pandemic.

These include supply of free water and subsidy on electricity as well as the restoration of industry and the economy.

"So we do not need the EC to rig the elections in our favour. NPP will win the election based on our sound track record," he said.

Mr Mac-Manu noted that all the excuses the NDC was making against the compilation of a new voter's register was premised on the fact that it could not wrest power from the ruling NPP Government based on performance.

"This is because the Ghanaian electorate have confidence in the ruling NPP government since President Akufo-Addo had shown leadership and sought the welfare of the ordinary Ghanaian over the period of his tenure," Mr Mac-Manu stated.

He recalled that since 1996 the EC had compiled a new voter's register every eight years (that is 1996, 2004 and 2012) with the idea of improving the features of the electoral register to ensure the sanctity of the elections.

Mr Mac-Manu said the NPP was not afraid to face the Ghanaian electorate in the December polls because the Akufo-Addo-led government had distinguished itself over the period and it was evident for everyone to see and make comparison with that of the NDC.