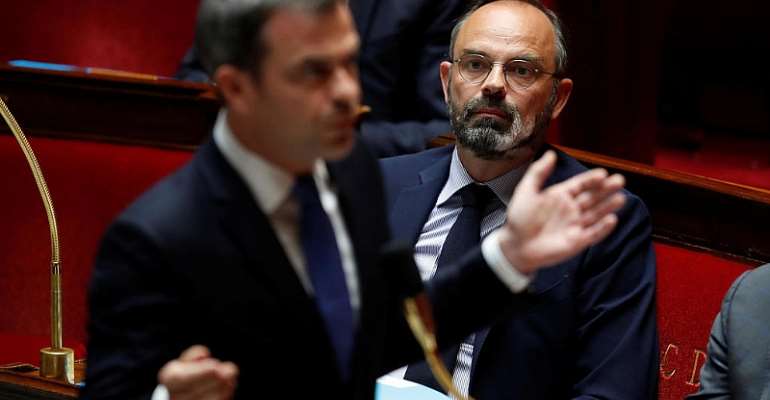 French families who have lost loved ones to the coronavirus are questioning the government's legal responsibility in court, with 63 complaints filed against officials, including Prime Minister Edouard Philippe and Health Minister Olivier Véran, for failure to protect the public.

The complaints target the government's handling of Covid-19, amid criticism that it failed to deliver sufficient personal protective equipment to frontline health workers.

The bereaved wife of a doctor who died of Covid-19 told French daily 20 Minutes that her husband would still be alive today if he had been given the necessary equipment.

She has lodged a complaint against the hospital where her husband worked and also against the health minister and his predecessor Agnès Buzyn for endangering the lives of others.

Other charges being filed before France's Court of Justice include manslaughter, failing to assist a person in danger, and failing to take timely action to contain the epidemic.

The plaintiffs are individuals, doctors, unions and workers' organisations, all of whom claim negligence.

The majority of the complaints are directed at Prime Minister Edouard Philippe and his health officials, however a quarter of them come from prisoners, who accuse Justice Minister Nicole Belloubet for bungling the coronavirus response in prisons.

Tip of the iceberg

"This is just the beginning," says Damien Regnard, a senator representing French people abroad, who reckons the complaints will soon stack up.

"I'm not surprised that peoples' associations and doctors are trying to hold the government to account for what went wrong," he tells RFI.

And a lot did go wrong, in his view: "We were hearing public statements in various media that were in complete contradiction a couple of days, sometimes even a couple of hours afterwards."

The government's handling of face masks has come under particular scrutiny, with Paris initially stating they were not necessary only to make a U-turn afterwards.

President Emmanuel Macron has admitted that the government made mistakes in distributing masks and protective gear to health workers.

“As soon as these problems were identified, we mobilised ourselves – the government, local authorities, companies, associations – to produce and to acquire the necessary supplies,” he said in a televised address in April.

However for Regnard, there were other logistical shortcomings, notably in controlling France's borders.

"As of today, we still don't have a precise procedure for anyone arriving in Paris or at any airport in France."

The French senator who is a member of the conservative Les Républicains party travelled to Mali in early February and says he faced thorough checks upon arrival in Bamako but nothing when he returned to Paris.

"We are completely open doors and windows, anyone can come in, it's scary."

Air France has been running a skeleton service on both international and domestic flights since a government lockdown was imposed.

In Paris, Charles de Gaulle airport is still open, but Orly has been closed since March.

The government is clearly sensitive about any potential lawsuits, not least because it has been in this situation before.

In 1999, a contaminated-blood case was brought against former Prime Minister Laurent Fabius. He was charged with manslaughter, but acquitted in court.

Many of the complaints brought against today's decision-makers are bound to be dismissed, however they could still be forced to appear before the French Court of Justice.

"I don't think they (the plaintiffs) are really expecting much to come out of this. I think it's to raise attention to the lack of responsibility," comments Regnard, referring to concerns that the state may get off lightly.

Suspicions of a government copout were raised last week when a bill to protect mayors from coronavirus-related lawsuits was amended to include all elected officials.

The amendment, which sparked an uproar, has since been dropped.

Several mayors had presented the bill in parliament to shield them from policy decisions taken by government officials, in the likelihood that school children or locals contracted Covid-19 when the country reopened.

Regnard says the bill is not "a complete blank check to local authorities and businesses".

"They still have to respect the rules and procedures to reopen," he says. "But if they do respect them and something happens, the liability comes to the government."

Legal questions about the state's handling of the coronavirus are likely to continue for months to come, with a parliamentary inquiry set to begin in June.

Regnard wants the inquest to rise above traditional partisan rivalry: "the aim is not to accuse, but to learn from this crisis."