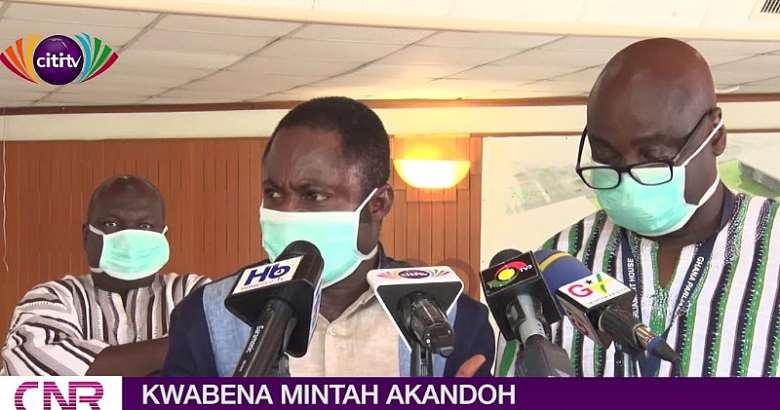 Ranking Member on Parliament's Health Committee, Kwabena Mintah Akandoh has kicked against the recall of the House without the necessary nuances to protect members against COVID-19.

According to him, the House should sit in batches or only convene intermittently when there is a crucial issue to be considered rather than a usual resumption of duties as if the country is in normal times.

Parliament is scheduled to resume sittings for the second meeting for this session on May 19, 2020, in spite of a surge in the number of COVID-19 cases recorded in the country.

Speaking to Citi News, the Juaboso MP called for the testing of all Members of Parliament.

“As Members of Parliament, we need a lot of measures to be put in place so that Ghanaians will not see us as different human beings because we are also potential carriers of the virus. If you say we should not gather more than 25 and 275 of us gather in the same chamber without ensuring social distancing, the government’s posture will not be seen as we are serious unless there are pragmatic measures put in place to ensure social distancing.”

“It is either they call us to come and deal with specific issues and then we go back. By now every Member of Parliament should have been tested. We travel more than anybody in this country. It should not be as though we are superhuman beings. I think if indeed we are going to be called to do a specific business, I do not have a problem. But sitting as though there is nothing at stake, I vehemently oppose that idea.”

Parliament adjourned sittings on May 1, 2020, after a series of emergency meetings held in the wake of the COVID-19 outbreak.

The adjournment was expected to give members of the House the opportunity to rest.

The First Deputy Speaker, Joseph Osei Owusu who announced the adjournment said the house will tentatively resume sittings on May 19.