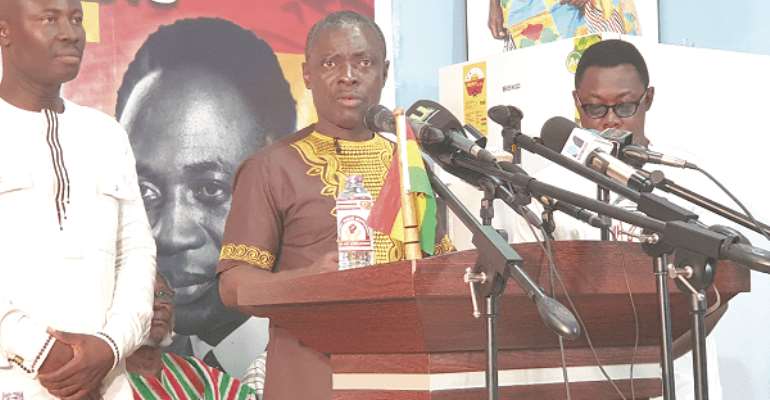 According to the group, the man of God asked the president to lift the ban on social gatherings to allow churches to resume activities or calamity will befall the nation.

Leader of the group Kwaku Boateng told Nyankonton Mu Nsem on Rainbow Radio 87.5Fm that, what the man of God did "amounts to contempt of the law”.

He said Ghanaians are fully aware of the safety measures and social distancing rule that the government has put in place to help contain the spread of the virus.

He indicated it is not only churches that have been affected by the directive hence the man of God had no right to ”threaten the president”.

In his view, spiritual bodies are expected to pray and support the nation in times like this.

The comments he made has confirmed the assertions that churches are only interested in the money they get from people and not their wellbeing.

He warned the group will demonstrate against the government should authorities fail to arrest the Rev. Andrew who is also the founder of Ghana Union Movement (GUM).

GUM’s founder last week asked the president to lift the ban on social gatherings or face the wrath of God.

He said if the president fails to lift the ban, all the doctors and the team that advised him to place the ban on church activities would be severely punished.

“The president has a week to lift the ban or the wrath of God will come upon him and his team. He should listen to the instruction from God and lift the ban. God wants his children to seek, his face and pray to him,” he declared.

He wondered why banks, markets and other businesses have been allowed to operate with churches asked to shutdown.