NCA Ruling: Trial Wasn’t Witch-Hunting; Whatever You Do In Govt, The Day Of Accountability Awaits You – Kpemka 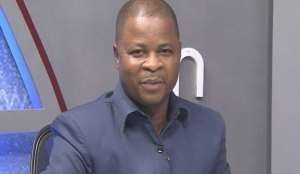 A Deputy Attorney General, Mr Joseph Dindiok Kpemka, has denied claims that the Akufo-Addo government is witch-hunting former appointees of the Mahama administration for political capital as the December 2020 general elections draw closer.

The Deputy Minister of Justice’s comment follows a decision by a Commercial High Court in Accra presided over by Justice Eric Kyei Baffour, to convict three of the five accused persons who have been on trial in the case of ‘The Republic versus Eugene Baffoe-Bonnie and four others’ since 2017.

The three were sentenced to a total of 16 years in jail.
Apart from Mr Baffoe-Bonnie, the former Board Chair of the NCA; the other four accused persons were Mr William Tetteh Tevie, former Director-General of the NCA; Nana Owusu Ensaw, a former board member; Alhaji Salifu Mimina Osman, a former Deputy National Security Coordinator, and a businessman, George Derek Oppong.

Some members of the opposition National Democratic Congress have since raised concerns over what they describe as government interference in the determination of the case.

However, speaking to Blessed Sogah, host of State of the Nation on Class91.3FM on Wednesday, 13 May 2020, the deputy attorney general noted: “The Attorney general’s office is not a witch-hunting expedition office”, adding: “In the article 88 provision of our Constitution, our mandate is to prosecute, it is not to witch-hunt people”.

According to him, “We don’t go to court with frivolities, otherwise the court will become a concert room. We go with serious issues for determination. It is the rule of law. We went through the trial with them, they opened their defence and the judge found them guilty”.

Mr Kpemka further noted: “It’s time for all of us to reflect – officials in government now and officials in the past government and future governments, that whatever you do, the day of accountability awaits you”.

“That’s what the judgement of yesterday [Tuesday, 12 May 2020] actually tells me, as a Ghanaian, that the day of accountability awaits any person holding public office and we should all conduct ourselves in a manner that will be in compliance with law and order”.

The five accused persons were accused of misappropriating an amount of USD4 million belonging to the NCA.

An Israeli company, NSO Group Technology Limited, was contracted by the erstwhile Mahama-led administration to supply listening equipment at a cost of USD6 million to be used by the National Security Secretariat to monitor the conversations of suspected terrorists.

The court started hearing the matter on 16 January 2018 when the state called its first prosecution witness, the Director of Legal Administration at the National Communications Authority (NCA), Abena Awarkoa Asafo Adjei, and ended on 10 March 2020 after the state, led by the Director of Public Prosecution, (DPP) Yvonne Atakora Obuabisa, concluded her cross-examination of the 5th accused person in the case, George Derek Oppong.

All the accused persons testified on their own and none called any defence witnesses in support of their cases.

Justice Eric Kyei Baffour's court, in its judgement, indicated that the state has established a strong case of causing financial loss to the state against the accused persons.

The court said the accused persons conspired to cause financial loss to the state.
The court found the first, second and fourth accused persons (Eugene Baffoe-Bonnie, Matthew Tetteh Tevie and Alhaji Salifu Mimina Osman) guilty of various counts and sentenced them to six, five and five years, respectively.

The third accused person (Dr Nana Owusu Ensaw) was not mentioned at all in the judgement because he had already been acquitted and discharged by the Court of Appeal on the 25rh of March 2020.