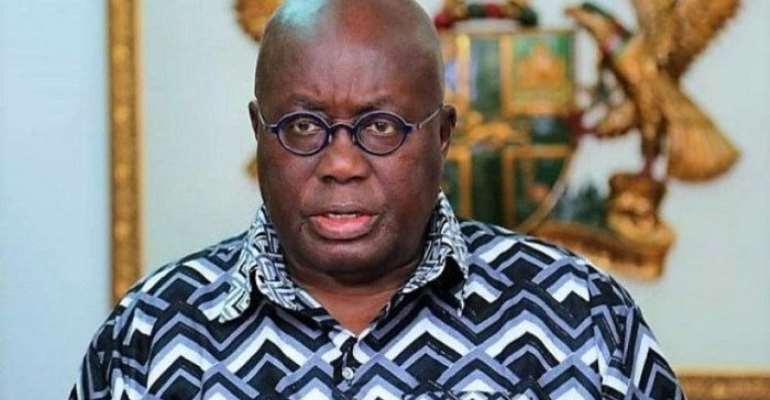 The impression which the opposition NDC propaganda mill generated and propagated to the effect that President Akufo-Addo would use Covid-19 as a ruse to hold on to power beyond the constitutionally allowed period was total bunkum.

It bears similarities with the one they released earlier about the Covid-19 lockdown. In that crap, they pedantically claimed that the President was opposed to a lockdown because of his obsession with an electoral leverage; it just did not make sense.

Following the imposition of a partial lockdown and a subsequent relaxation of the measures, they changed the hymn title to suggest that it was done to pave the way for a voters' roll to be compiled.

With their project to use the pandemic to scuttle the new voters' roll project now completely dashed, this nonsense is what they have resorted to, in order to give the President and his government a bad name and hang them. Unfortunately, like their many botched projects in the past, this too has fallen flat for want of substance and veracity, leaving them gasping for breath, with their tails behind their hind legs like wandering mongrels.

Indeed, their 'unhinged mind' description of Abronye, when they reacted to the gentleman's opinion about former President John Evans Atta Mills's death, fits them under the circumstances.

It is unfathomable that the NDC would imagine that President Akufo-Addo, a democrat and cherisher of the rule of law whose contributions towards the restoration of the democracy their forebear PNDC destroyed, can do as they claim he plans doing.

Only a daft President will trigger a constitutional crisis when this can be obviated by simply adhering to the electoral timetable of the country. With available hygiene etiquette in place for the compilation of a new voters' register to be undertaken and elections held, only those with a hidden agenda would embark on such an outrageous misrepresentation of the realities.

Government's announcement that it has no intention of doing as the NDC claims it intends doing has demolished the agenda of the opposition party.

For the avoidance of doubt, Ghana's rule of law pedigree has never been so outstanding in the international comity of civilized nations.

These incessant erroneous claims with untoward undertones would take the NDC nowhere in their return-to-power dreams.

Ghanaians would, as per the government and the Electoral Commission's recent announcements, go to the polls and decide on who manages the country on their behalf for the next four years, with no alteration to the electoral calendar, not at all.

It is for Ghanaians to decide whether to give President Akufo-Addo another term and not the noisy propaganda machine of the NDC. There is no doubt that the President would want to see how his compatriots rate him through credible elections, although given his performance he is confident about victory.