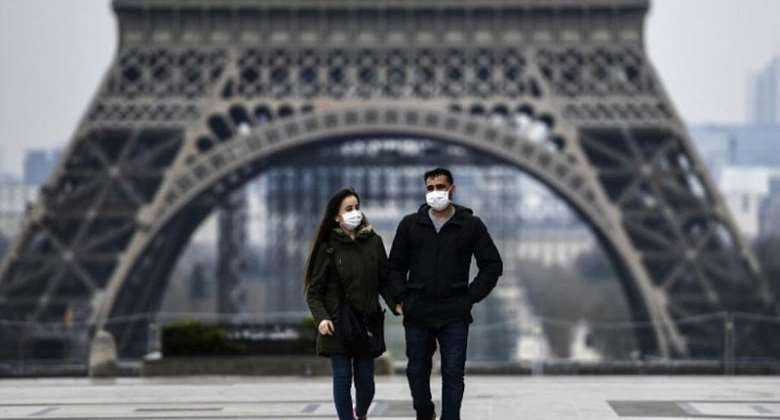 Mayors from major French cities, including Paris, have called for face masks to be mandatory in all public spaces. Current guidelines specify that a face covering must be worn when social distancing cannot be guaranteed. But some officials want stricter rules.

"Taking into account the needs of Parisians, because Paris is a very dense city, I renew my request for parks and public gardens to reopen and for masks to be compulsory when going out on walks, and on every street in our city," Hidalgo wrote on Twitter.

The opening of parks and gardens in Paris is "inappropriate given the rapid spread of the virus in the Île de France region," government spokesman Sibeth Ndiaye said Wednesday after a cabinet meeting, the first such gathering since officials began lifting lockdown restrictions on 11 May.

The socialist mayor said she was stunned that people could take the metro, sporting a mask, and not be able to walk in the park.

In Nice in the south of France, conservative mayor Christian Estrosi overstepped the state's authority, issuing a decree on 7 May making face masks compulsory in all public spaces from 8:00am to 20:00pm local time, on "health grounds."

A few days later he was forced to repeal the text after being taken to court.

Estrosi has nonetheless vowed to publish a new decree making face masks compulsory and has said on Twitter that he will "do everything in (his) power to protect the people of Nice."

The mayors of Bordeaux and Lyon are also taking matters into their own hands, urging constituents to cover up when out and about.

In Leucate, a small seafront village in the Occitanie region, mayor Michel Py has said that "several protections are better than one." Locals have been given free masks and told to wear them each time they step out, by virtue of a new decree issued by Py. They could face a fine of 17 euros if they don't.

On the government's side, Health Minister Olivier Véran said last month "there were no plans to make face masks compulsory in all public spaces."

Currently, face masks are mandatory on public transport and in secondary schools. Stores also have the right to ask shoppers to wear masks, and remain a metre (3ft) apart.