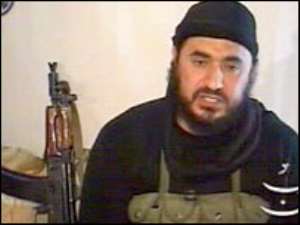 "Today we have managed to put an end to Zarqawi," Mr Maliki said, sparking sustained applause.

The Jordanian-born leader of al-Qaeda in Iraq was considered the figurehead of the Sunni insurgency. Reports say he was killed in an air raid near Baquba.

Al-Qaeda in Iraq has been blamed for scores of bombings that have killed hundreds of Shias and US forces.

The head of US-led forces in Iraq, General George Casey, said Zarqawi's body was identified through fingerprints and facial recognition.

Zarqawi has also been accused of leading the rash of kidnappings and beheadings of foreign workers.

Unconfirmed reports suggested he was seen on one video posted on the internet personally cutting off the head of one hostage.

Mr Maliki said intelligence from Iraqi people had helped track down Zarqawi, who had a $25m price on his head.

"What happened today is a result of co-operation for which we have been asking from our masses and the citizens of our country," he said.

The prime minister urged Iraqis to join politcal dialogue rather than violence, vowing to "carry on on the same path... by killing all the terrorists".

The BBC's Ian Pannell in Baghdad says this will be seen as a major victory for the new Iraqi government and US forces but it remains to be seen what effect, if any, it has on the ongoing violence and death rate in the country.