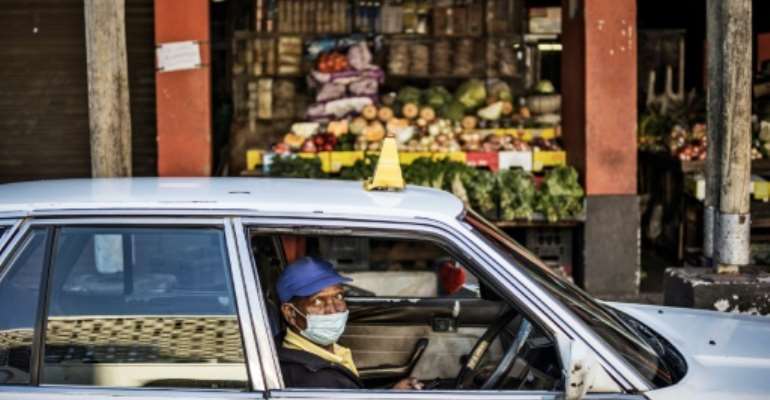 South Africa, the continent's most industrialised nation, went into a strict five-tier lockdown at the end of March 2020. By MARCO LONGARI (AFP/File)

The continent's most industrialised nation went into a strict five-tier lockdown at the end of March.

On May 1 it started to gradually ease confinement measures to level four -- allowing citizens to exercise outdoors and certain businesses to partially resume operations.

"We will immediately begin a process of consultation with relevant stakeholders on the proposal that, by the end of May, most of the country should be placed on alert level three," Ramaphosa said in a televised address.

But the president added that parts of the country with high infection rates would remain under alert level four.

"It is important that we maintain stringent restrictions in those areas and restrict travel out of these areas to the parts of the country with lower rates of infection," Ramaphosa said.

South Africa has the highest number of coronavirus cases on the continent, with 12,074 infections recorded to date and 219 fatalities.

The government is staggering the easing of confinement measures to strike a balance between curbing the spread of COVID-19 and safeguarding the economy.

South Africa was already in recession before the coronavirus struck in March.

The economy is now forecast to contract by more than six percent in 2020.

Ramaphosa said the decision to continue loosening the lockdown was also based on a "low and stable" percentage of positive cases among tested samples.

The rate of confirmed infections in South Africa stands around 181 cases per one million citizens.

"By contrast, countries like the United States, the United Kingdom, Spain, Italy and Singapore have between 2,400 and 4,600 coronavirus cases per million people," Ramaphosa said.

Political analyst Daniel Silke tweeted that Ramaphosa's address "was more about defending the government's lockdown policy in the face of increasing frustration" than seeking "ways to ease the damaging economic fallout".