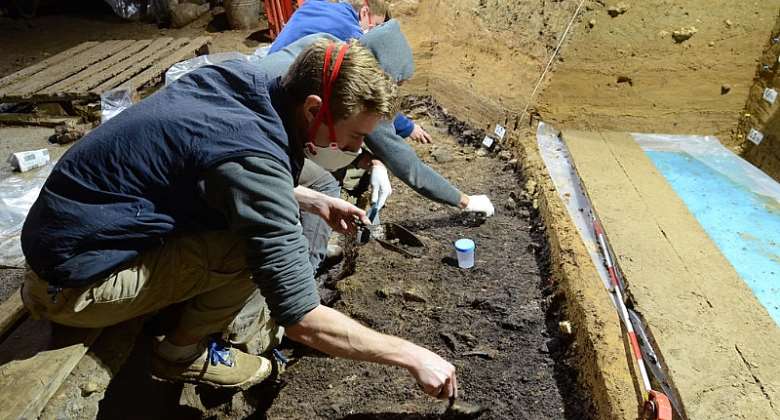 Scientists say bone fossils and a molar discovered in a cave in Bulgaria, dated to around 45,000 years ago, suggest Homo sapiens and Neanderthals crossed paths much earlier than previously thought.

The results showed the bones and tooth belonged to modern Homo sapiens, our own species.

The new data was published this week in the science journals Nature and Nature Ecology and Evolution.

This pushes back by thousands of years the arrival of Homo sapiens in Europe, a milestone in the history of a species that arose in Africa about 300,000 years ago and then spread worldwide.

"This is much older than anything else that we have found so far from modern humans in Europe," said Jean-Jacques Hublin, a paleoanthropologist at the Max Planck Institute for Evolutionary Anthropology at Leipzig in Germany, who led the team.

This region, previously known as the Balkan Mountains had long been home to Neanderthals, who left stone tools in the same cave more than 50,000 years ago.

However, the new information confirms that certain stone and bone tools and pendants made of bear teeth found at the site were indeed made by the Homo sapiens, not the Neanderthals.

It is believed the last Neanderthals didn't disappear from western Europe until about 40,000 years ago, so the two kinds of humans overlapped on the continent for up to 8000 years, much longer than previously thought, according to Hublin.

Artefacts include pointed flint blades and numerous personal ornaments including a bead made of mammoth ivory and the bear-tooth pendants.

The pendants are very similar to ones made later by Neanderthals in western Europe, suggesting they were influenced by aspects of Homo sapiens culture, although scientists disagree on to what degree.

Previous DNA studies have shown that the two groups mated, and over thousands of years, Hublin suggests the competition between the species and the interbreeding may have been a reason why the Neanderthals became extinct.

Bacho Kiro, known to paleoanthropologists since the 1930s, has been converted into a tourist site.