#MeToo in Benin: 'fed-up' journalists decry harassment in the media 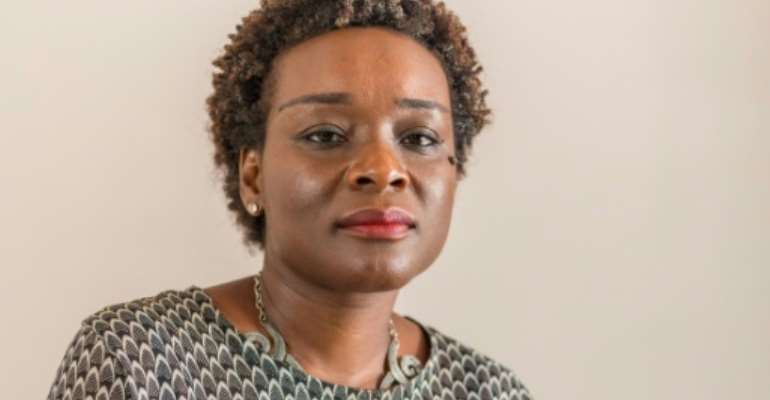 Women journalists in Benin say they are subjected to widespread harassment in the country's media industry, provoking a lively debate that has reached the highest echelons of power in the week leading up to municipal elections.

It all began with a social media post in early May in which Angela Kpeidja, a journalist with Benin's national television station ORTB, said that "sexual harassment is still tolerated" in the Beninese media.

In the widely shared post, the 46-year-old deplored the fact that journalists abused in the workplace have become resigned to "silence with frustration".

After she spoke out, the station's deputy editor-in-chief was suspended from his post and a legal investigation was launched.

"I was fed up with it. I had had enough. Year after year I was harassed, but this time was too much," Kpeidja told AFP.

"I looked for help everywhere in my professional environment and I didn't get any," she said.

Media professionals across the country praised Kpeidja's role in shedding light on the issue.

President Patrice Talon took notice and stepped into the debate, even meeting with Kpeidja.

"I am... convinced that many Beninese women in the course of their work may be subjected to these reprehensible practices," the president wrote on his Facebook page.

"The action taken by Angela Kpeidja will trigger a new dawn to ensure that victims of sexual abuse are better protected," he said.

Though Talon's opponents accuse him of authoritarianism, the remarks set him apart from his predecessors and from Benin's generally conservative society.

His comments may have struck a chord with female voters just ahead of important local elections scheduled for May 17.

Karen Ganye Gbedji, a social anthropologist in Cotonou, said such an outcry over sexism is rare in Benin. By Yanick Folly (AFP)

"The media are supposed to support us in our fight against violence against women," she said. "If it is still happening in the national media, we are right to ask questions."

Priscile Kpogbemabou, a former journalist with private television station Etele, posted a video on social media in which she also denounced the attitudes of media bosses towards women.

'You have to have guts'

"It's rare for women to decide to show their faces while they testify to this," said Zakiath Latoundji, president of the Union of Benin Media Professionals. "You have to have guts."

"These women have decided to tackle their suffering head-on," she said, in a society under the grip of "the patriarchal regime and the customs and habits that consign women to the second tier and impose modesty on them".

Although most of the reaction was positive, the women also came under heavy attack on social networks.

"I knew there would be personal attacks on me but I told myself, this has to stop," Kpeidja said. "I had nothing left to lose".

Zakiath Latoundji, president of the Union of Benin Media Professionals, said the union plans to set up a unit to support journalists who are victims of harassment. By Yanick Folly (AFP)

"Why would anyone want a woman with an equal education level to sleep with her supervisor before getting a job or being promoted?" she asked. "You have to say no."

Latoundji, president of the Union of Benin Media Professionals, recognises that harassment in the workplace -- while not exclusive to the media industry -- is a "reality" in newsrooms.

Since last March, the union has been working to set up a legal unit to support journalists who are victims of harassment.

The union has not yet received any formal complaints, Latoundji said, though "when you talk to women in the media, it all spills out."