His Father Bites Me When We Quarrel; Let Him Go To Jail – Mother of 3-yr-old Abused Boy 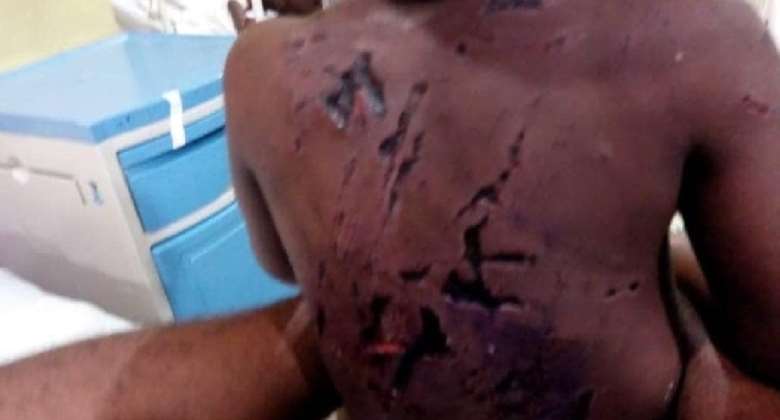 The mother of a three-year-old boy whose father inflicted several deep open wounds on him with a wire and cane for damaging his ‘yam’ phone has made shocking revelations.

She the man used to bite her on the shoulder any time they had an argument, hence her decision to walk out of the relationship.

According to Barbara, she has been together with Ebenezer for seven years but the man became abusive two years ago, forcing her to call it quits.

Barbara told Benjamin Akakpo on the Executive Breakfast Show (EBS) on Class91.3FM that she wants her ex-lover arrested for torturing their son to near-death.

“He did not beat me with a belt or wire but bit me on my shoulders whenever we quarrelled”, she said.

She said upon seeing the wounds inflicted on her son by his father, “I was confused; it baffled me because I never thought of that.”

“I want Ebenezer jailed with hard labour. His [Ebenezer] mother came to us to ask what we will gain if her son is imprisoned and I also asked what Ebenezer would have gained had he killed my grandson. I want him to be sentenced and I know by God’s grace we will take care of the child on our own,” she stated.

Ebenezer is currently in the grips of the police in the Ashanti regional capital, Kumasi, where the abuse happened.

Apart from his back, which is covered with deep open sores, the little boy also suffered injuries on other parts of his body from the merciless beatings at the hands of his father. He is currently at the hospital receiving treatment.