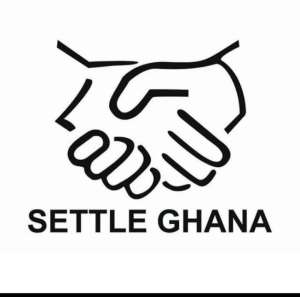 The Executive Director of SETTLE Ghana, Mr. Abu Karimu has made an appeal to traditional authorities in the country where natural resources are found to desist from accepting gifts and offers such as V8 vehicles, Board Chairmanship positions, conference meetings, and Visas for abroad as conditions for giving away indigenous people’s God-given resources.

Settle Ghana is a non- governmental organisation that defends the rights of indigenous people and also championing the dreams, hopes and aspirations of Indigenous People of Ghana to live a fair and a dignified life.

The lead advocate for indigeneous people rights Mr Abu Karimu made the call when he spoke exclusively to Bole based Nkilgi FM’s Zion Abdul Rauf.

Mr Karimu said the right to give consent to a company’s proposed project is not a sole discretion of a Chief and his cabinet but rather for the entire community as clearly stated in the United Nations (UN) Declaration on the Rights of Indigenous People as well as the International Labour Organisation (ILO) Convention 169 which is the major binding international convention concerning indigenous peoples and tribal peoples, and a forerunner of the Declaration on the Rights of Indigenous Peoples.

The Executive Director of SETTLE Ghana said before accepting gifts from will be companies coming to your lands, ask yourself, how will their operations impact on my great grandchildren. Again ask, if this were to be my personal property will I give it out.

Mr Karimu reminded some Chiefs that the gifts do not last beyond ten years but their negative impact on the water, environment and livelihoods of their people is everlasting.

Mr Karimu further explained that if Chiefs take their time and do due diligence and follow the necessary protocols and informed consent principle, they and the entire communities can make much money in terms of royalties that they are by law entitled to.

[Video] We can retaliate but we want the laws to work — Angr...
45 minutes ago