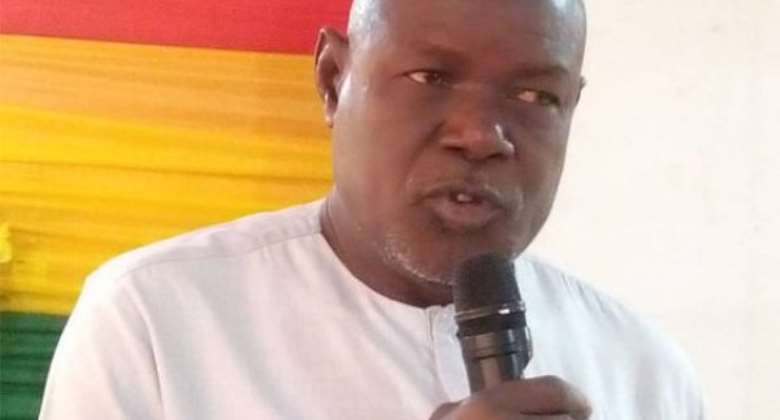 Since the Bolgatanga Municipality recorded its first confirmed case of the disease, the Municipal Security Council led by the MCE had initiated a number of measures to help curb the spread of the virus.

These measures included the closure of the Bolgatanga Central Market as well as relocation of some traders to different places in the Bolgatanga Township.

The two-week closure of the market on market days was accepted by all, however, the decision of the MCE and the MUSEC to relocate some of the traders to ensure social distancing as part of the protocols to fight the Coronavirus did not go down well with some, particularly the women.

They became furious and accused the MCE of trying to deny them access to the market and protested, which eventually led to the arrest of some of them by the Ghana Police Service.

Speaking in an interview with the Ghana News Agency in Bolgatanga, the MCE said social distancing was one of the measures health experts had proposed to minimize the spread of the virus and the President had directed all Assemblies to ensure that the necessary protocols were adhered to.

“We have had a number of engagements with the women to see how best to reduce the numbers in the market to allow social distancing. Earlier, we discussed the issue and they agreed to stay away for four market days. When we lifted the ban finally we realized that the human traffic in the market increased and the number of persons contracting the virus was increasing.

“During one of the discussions they agreed that the traders who were coming from outside the Region be relocated to the old market, while the indigenes would remain at the new market. However, the meeting was postponed and rescheduled but the market women did not come back”.

The MCE indicated that the MUSEC tried to have an engagement with the women but all efforts proved futile and it later gathered that the women had turned down the initial agreement for visiting traders to relocate to the old market.

He said the MUSEC had no option but take a final decision without the women and directed that all those selling grains be relocated to the old market, “this made the women to express their dissatisfaction by trying to demonstrate”.

Mr Amiyuure explained that the measures being taken was to ensure that the President's directives were strictly adhered to, to combat the spread of COVID-19 and called on society to support every effort to deal with the spread of the coronavirus.

He urged the women to cooperate with MUSEC and comply with measures that would inhibit the spread of the virus as spacing out the market was better than a total closure.

“As a responsible leader, if social distancing cannot be practiced, I will have to recommend for the closure of the market, that is what a leader who has his people at heart will do,” he added.

When the GNA contacted the leadership of the women, they accused the MCE of taking the decision to relocate the grain sellers to the old market without the notice of the women, and so they decided to lock the market on the Market day.

Madam Azelkoma Atinga, the Chair Lady of the New Market Women, indicated that the women did not demonstrate, however, it was the representatives of the women groups in the market who were peacefully going to engage the MCE to find out why he took such a decision.

The Chair Lady indicated that the leadership of the women would meet with the MUSEC when the MUSEC and the Ghana Police Service withdraws the case from the Bolgatanga High Court.

About seven women were arrested on Monday but have since been released on bail.