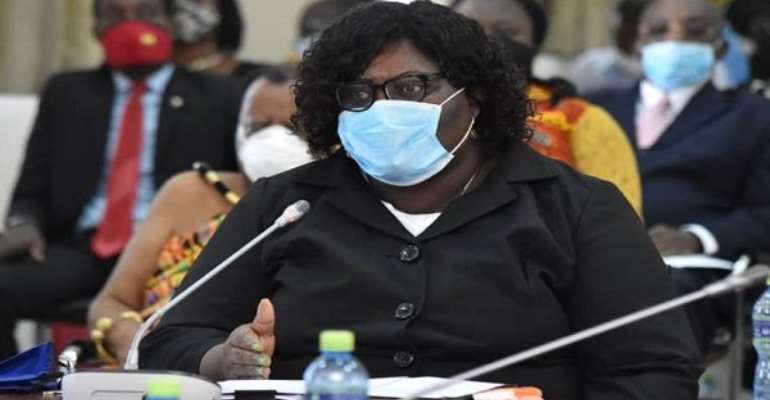 Quoting Benjamin Franklin, one of the Founding Fathers of the United States of America, Supreme Court nominee Prof Mensa-Bonsu maintained that there is no need for the nation to risk having a “good war” or “bad peace”, because when law and order breaks down, everything is fraught with violence.

The don, who appeared before the Joseph Osei Owusu chaired Appointments Committee of Parliament on Tuesday in Accra for vetting to the apex court, called for maturity on the part of political leaders and urged them to be mindful of the effects of their words.

In response to a question on genocides as a result of election disputes, the nominee said: “We need our leaders to be matured.

“We need to appreciate the weight of our words. When you are a leader, you have to remember that there are people for whom your words mean life or death.”

The nominee, a retired law don and President of the Ghana Academy of Arts and Sciences was nominated alongside Justice Clemence Hoenyenugah, Justice Issifu Amidu Tanko and Lawyer Emmanuel Yoni Kulendi to the Supreme Court bench, to replace justices due for retirement.

The three had earlier been vetted by the Committee, and the Committee would later present a report on the vetting to the plenary of Parliament to either approve or reject them.

Prof Mensa-Bonsu told Committee that she is a very fair minded person and stressed the need for independent-mindedness.

“Never do things because other people are doing them. You should not let other people lead your choices because you know what you exactly want in life,” she said.

She said child upbringing, including domestic chores should not be equated to child labour and cited an instance in a community in Dodowa, where she, a Lions Club member, wanted to help a school on a project and was told by the children that gardening was equal to child labour.

The nominee objected strongly to death sentence saying from the conversations she has had with a former executioner during her National Service days with the Prisons Service, the process of execution is system that “dehumanizes those who must implement it. It brutalizes their senses.”

“We should not put people in the situation where they get up in the morning to go to work and they are going to kill somebody,” the nominee said.

She dismissed reports that she was ever approached to become the chairperson of the Electoral Commission (EC), when the position became vacant in 2018.

Before Dr Jean Mensa was appointed as the Chairperson of the EC, there were media reports that Prof Mensa-Bonsu had been penciled to take up the chair of the EC, position she implied in her responses as lower than what she has now been nominated for.

“The Electoral Commissioner position is at the level of a Court of Appeal and I believe with my track record, I ought to move and aspire higher,” Prof Mensa-Bonsu said.

“That was a very difficult time for me, nobody approached me but yet there were stories about me, people were calling me to hold a press conference and I said what I was going to deny, but let me say that I won the popular votes.”

On the failure of Government to implement the recommendations of the Emile Short Committee that probed the Ayawaso West Wuogon by election violence, Prof Mensa-Bonsu who was a member of the Committee, said: “The rules say that when you hand in your report, you are functus officio.

“So it is not your duty to go chasing people to implement. The Commission doesn't exist anymore.”

She called on parliamentarians and other institutions, as their responsibility to push for such implementation.

On the rights of gays and lesbians that were being pushed for by some foreign elements, the nominee informed the committee that she has friends who are gay and expressed the need for balance so that minority interests would not promoted at the expense of those of the majority.

On solicitation, she called for punishment for both the seller and the buyer, with a reminder that “the best things in life are free.”

However, she noted that in solicitation, the punishment “unduly penalizes the female when the powerful male who is ready to buy is not sanctioned”.

Prof Mensa-Bonsu called for the building of more prisons across the country to decongest the existing ones.

Alternatively, community service and other punishments could be applied to people who commit petty crimes.