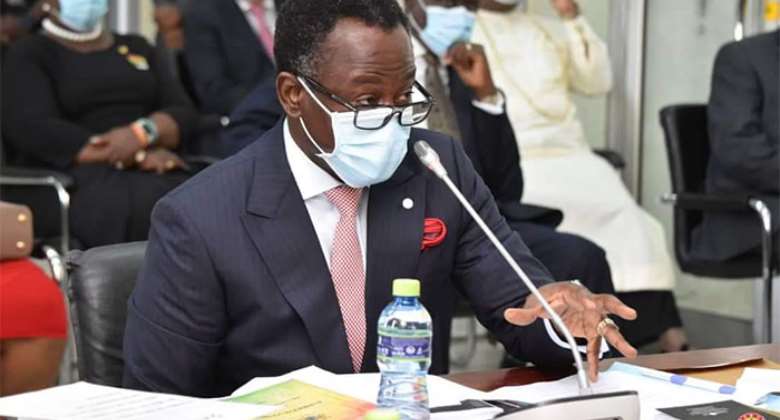 A Supreme Court nominee, Emmanuel Yonny Kulendi, says his job as a jurist of the apex court will not be affected by his personal and professional relationship with President Nana Addo Dankwa Akufo-Addo, and that he will show fidelity to the law when approved.

According to him, judgeship is a sacred responsibility, and that the President who trained him knows that he (Kulendi) is a just and straightforward person.

“I am a 'pepe man' and my cultural orientation and personal value systems are that if you ever deal with me in consideration of right or wrong you may not like me because I tend to see black as black and see white as white,” the nominee said yesterday during his vetting by the Appointments Committee of Parliament.

He said his work would be guided by the considerations of his oath, conflict of interest, bias and consciousness to do fidelity to Ghana's constitution.

Answering questions on his relationship with President Akufo-Addo before the Appointments Committee of Parliament, the nominee admitted he had worked with the President and interacted with him several times in the past, and even said the President would have been his primary referee if he had not nominated him for the job.

“It is also to the extent that I have relationships with several other politicians and presidents. In fact, I can say as a matter of candid that if the President did not nominate me and was not too busy with consideration of his office, or nominated me for some other job, he would most likely be my primary professional referee,” he pointed out.

Mr. Kulendi intimated that his understanding of a judicial ruling is that judges take a judicial oath which is captured in the 1992 Constitution, saying “if you look at the tenet of this oath, it is a sacred pledge to the Ghanaian people, to God and to your conscience that you will do right to all manner of men who appear before you without fear, favour or ill-will.”

“That you will show fidelity to the Constitution and be true to your conscience in your role. Therefore, that is my matrix and the basis on which I proceed to this job. Having said that, I'd like to state that there are other considerations in the discharge of a judicial role,” he noted.

He explained that the consideration included any situation where an adjudicating officer has the view that there is a real likelihood of bias or in some circumstances the appearance of bias, saying “but not just to do with the President, but Mr. Chairman, I see on this table people with whom I have some very extensive social relations and deal with.”

“If by the grace of God you approve me for this job and a matter comes before me that involves one or any of such persons, I will have to engage the considerations of my oath, conflict of interest, bias and consciousness to do fidelity to the law,” the nominee affirmed.

“There are several cases at the Supreme Court that Ghanaians of constitutional activist orientation you will see, Mr. Chairman; cases standing in the name of Hon. Okudzeto Ablakwa,” he said, adding “if you have regard for the case it is not personal to him. It is an action he takes to vindicate the law and constitution and therefore even though he is married to my niece, I should be able to deal with that matter because it is not personal to him,” Kulendi asserted.

“On the other hand, if the same Hon. Okudzeto Ablakwa is involved in an investment, property or money dispute with another person, I will have to take into account the considerations of bias.

“And ask myself can I be fair-minded when I know that he is taking this money home to ensure my niece doesn't come to me for help. In those circumstances, you advise yourself accordingly. I have practised long at the court and I don't take business lightly,” he added.