Editorial: Attack Dogs On Their Marks 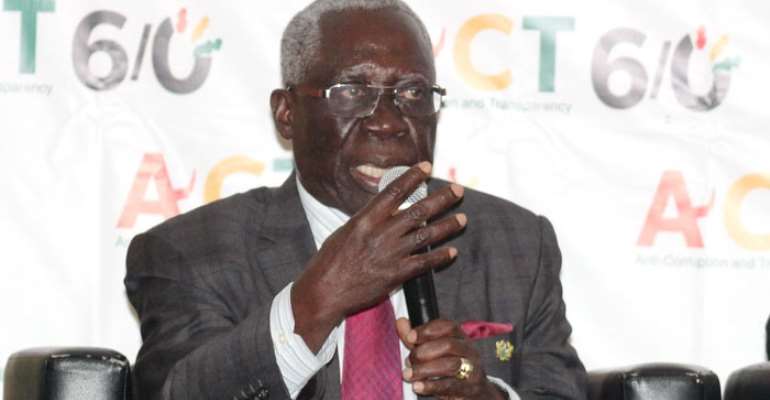 Now that Senior Minister Osafo-Maafo has won his contempt case against the Auditor General, another chapter will certainly be composed by some proxies in their needless politicized polemics.

As ruthless as a pack of wild dogs unfed for days, they would scrounge anything which touches their darling—the state auditor. Interestingly, it is in pursuance of a grand political agenda being directed from a different plane. That is where we have reached in local politics.

Even as we await the commencement of the substantive case between the Senior Minister and the Auditor General regarding the Kroll & Associates matter, we can bet the public space is going to witness a heated onslaught against the government over a perceived hounding of Daniel.

They would, of course, disagree with the turn of events no matter how relatively small the Senior Minister's judicial victory may be when juxtaposed against the substantive case.

We can only wonder whether Daniel given his fresh bruises would part ways with his often abrasive responses to issues with his sharp-teethed proxies providing the covering and attack fires, as it were.

We have countenanced our unfair spat from the motley of proxies who can be found in all manner of disciplines, our fault being daring to question the sense in some of the actions of the Auditor General.

While some of the proxies are in the media, one of them a disgruntled loner, others are think-tanks, all of them under the subtle direction of a political party too obsessed with returning to power, they would hire anybody to do their bidding under diverse guises.

It is their interaction to produce the toxic amalgam in defence of the Auditor General which makes their media discourse worrisome.

We have never set out to ramp up pressure on the Auditor General but only taking exceptions to his unusual management of state auditing, some of them on the airwaves.

Some think-tanks who can determine all anomalies in other establishments but theirs are satisfied with the workings of the Auditor General's Department under Daniel. They are at his beck and call.

Ghana, in the coming weeks, will witness the outcome of a seeming rehearsed assault on government by the combined forces of the toxic think-tanks and disgruntled media practitioners. Of course, the operation would be under the aegis of the opposition NDC as we have pointed in earlier paragraphs.

For the first time in the history of post-independence Ghana, an Auditor General is the subject of public discourse and a long-drawn litigation.

If this does not prompt concern in most Ghanaians, we will be surprised.