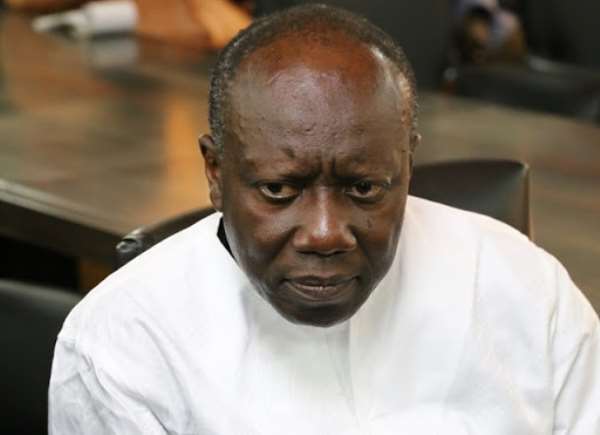 The Minister of Finance, Mr Ken Ofori-Atta, has been charged to develop a pragmatic economic recovery programme as soon as possible to facilitate a rebound of the economy from the scourge of the COVID-19 pandemic.

The programme is expected to outline how fiscal expansion can assist specific sectors of the economy to achieve a rebound and measures to mitigate the impact of the global pandemic on the economy and governance.

Speaking at the bi-weekly update on the national COVID-19 situation in Accra yesterday, the Minister of Information, Mr Kojo Oppong Nkrumah, said when completed, the programme was expected to be submitted to the state, through Parliament, after prior approval by Cabinet.

He said the charge was given after the three-day Cabinet retreat held at the Peduase Lodge, near Aburi in the Eastern Region, from Thursday, May 7 to Sunday, May 9, 2020.

The meeting, chaired by the President, Nana Addo Dankwa Akufo-Addo, also reviewed the actual impact of the global pandemic on the economy and governance and how to mitigate the effect as soon as possible.

Micro fiscal slippage
According to Mr Oppong Nkrumah, Mr Ofori-Atta was further tasked to ensure that the micro-fiscal slippages caused by the pandemic were reduced to the barest minimum.

The Finance Minister, he said, was given the mandate following the initial estimate he presented that Ghana’s projected growth was to take a plunge from the initial projection of about six per cent to anywhere between 1.5 and two per cent.

“We are also going to take a hit on the micro-fiscal position and, therefore, we need to make some adjustments. It has become obvious, however, that this year’s deficit will exceed the five per cent of GDP that all stakeholders were working towards.

“It is important to note that that slippage is as a result of the massive cuts in national revenues due to the global economic slowdown, the reduction in trade and the need to expand some expenditure items to help contain the situation.

“This is why the slippage beyond the five per cent that we have always tried to keep within was going to happen; nonetheless, the Minister of Finance is working to contain it to the barest minimum,” he said.

Priority
Mr Oppong Nkrumah also said at the retreat, all ministers were given the opportunity to present updates on how the global pandemic was affecting their sectors and suggest what it would take to recover from the slowdown occasioned by the pandemic.

He said it was agreed that while the government would continue to give maximum attention to all sectors, priority was to be maintained on a number of sectors, such as Health, which he described as the government’s biggest priority; Roads, Education, Food and Agriculture, Social Protection, Industrial Growth and Security.

Mid-Year Budget
The minister said information from the retreat would facilitate the 2020 mid-year budget review.

“The government will examine the observed impact, the recommendations that are being made and the implications and will enhance preparations for laying same before Parliament during the mid-year review,” he said.