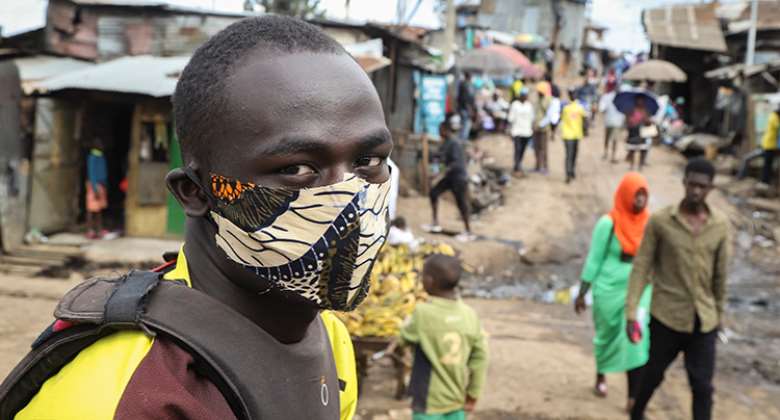 The effects of COVID-19 on food supply chains in developing nations that are already suffering from hunger and acute food insecurity could be more deadly than coronavirus itself, according to David Beasley, Director of the World Food Programme (WFP). Speaking at the Atlantic Council in Washington DC on May 8, via teleconference, Beasley told his audience that, if economic conditions continue to deteriorate and endanger the production and distribution of food to impoverished nations, we could witness famines in Africa, and other parts of the world. “You could have 150,000 to 300,000 people die of starvation every day for several months—at a minimum,” he said. In a six-month period of time that equals between 27 to 54 million deaths. Beasley reported, as he did last month to the United Nations Security Council, that 821 million people around the world go to bed hungry and another 135 million are on the verge of starvation.

The fact that almost 1 billion of our fellow human beings are suffering from these levels of food insecurity is proof of the failure of globalization and an indictment of the current monetarist based financial system. With an abundance of fertile land, growing food and delivering food is a matter of investment in infrastructure. There are no valid objective reasons for any human being to go without food. The world needs a New Bretton Woods System, designed to lift all nations out of poverty, as President Franklin Roosevelt has intended. Nothing short of a global rebuilding of our world economy is required.

Reuters published on May 7, a graphic report: Virus exposes gaping holes in Africa’s health systems, which quantifies the shortages in Africa of physicians, ventilators, intensive care beds and tests for COVID-19. This deficit in healthcare infrastructure endangers millions of African, who are already suffering from food insecurity, poverty, lack of clean water, and lack of adequate electricity and other basic necessities of life. From March 30 to May 10, the number of COVID-19 cases in Africa has increased from 4,760 cases and 146 deaths to 64,214 cases and 2,344 deaths. That is an increase of 1300% and 1600% respectively in six weeks. If Africa is at the beginning of the coronavirus curve, and the virus grows exponentially, as it has in other nations, then Africa will not be equipped to handle the magnitude of the crisis.

Lawrence Freeman is a Political-Economic Analyst for Africa, who has been involved in the economic development policy of Africa for 30 years. He is the creator of the blog: lawrencefreemanafricaandtheworld.com