Is The Ghana Health Service Playing With Fire? 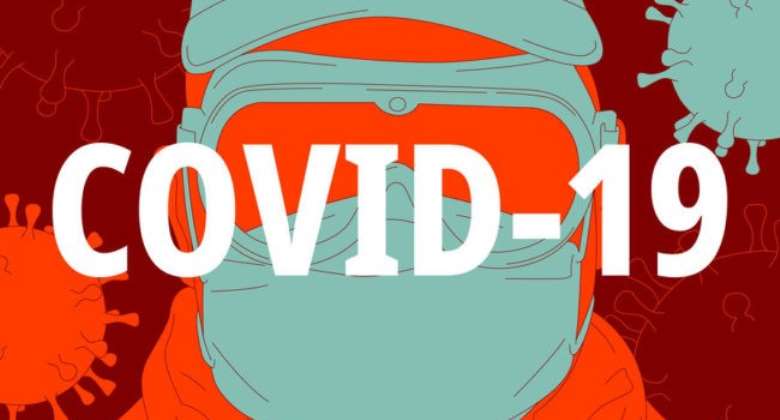 COVID-19 is what might be called an equal opportunity slayer.

The British thought they could be their usual clever selves in dealing with it. They said they had supplied PPEs to front-line health personnel, when they had not. They said they were doing scores of thousands of tests, when they had only done a few hundred. When finally they “locked down”, they left a key under a flower-pot for COVID-19 to retrieve from behind the house and enter the front-door with it.

As a result, they nearly lost their Prime Minister! And, as I write, they've lost probably as many people as they did during the dastardly D-Day ("Dunkirk") landings.

Across the sea, a dumb President ignored COVID-19 as a “Chinese thing”. When the “Chinese thing” developed a taste for American flesh, he advised his countrymen to kill the Chinese “thing” with strong antiseptics like Bleach and Lysol. Meanwhile, in a matter of weeks, his country had lost more people than it lost in all the years when American newspaper front-pages were lamenting the loss of “our boys” in Vietnam. The world is still looking aghast at America, the greatest nation on earth, which could send a man to land on the moon but cannot beat an enemy which South Korea and Taiwan – two countries that have for years been derided as American “client states” – have despatched to the cow-corner.

We in Ghana were so lucky that we arrested the disease whilst it was trying to enter through our airpot. Our intelligent immigration service put obstacles in its path, whilst it was still circling the runway seeking a place to land and unfurl its deatthly wings upon us. But the mere “whiff” of it that we caught told us that if we messed with it, all the references to smallpox epidemics caused by wars, in our past history, would count for nothing.

So we began to wear masks. We learnt about “social-distance”. PPEs no longer represented to us, a clever degree from a clever Oxford University. We touched knuckles and elbows, instead of giving each other high fives. We read the frightening figures of COVID-19 casualties from other lands, and smiled to ourselves. We were escaping death, whilst others were catching it by the bucketful.

And we began to regard COVID-19 as a figure of fun! Lines of “macho” men threw caution to the winds and ungallantly elbowed delicate young ladies out of the way, as they went to grab balls of kenkey and other victuals – government-issued – during our so-called “lock-down”. Churches behaved as if they'd been allocated key places in the afterworld to which only a few favoured members could be secretly led. Our health authorities claimed they had adequate numbers of PPEs for their front-line workers. But apart from those that came from China, we were not told any numbers.

No wonder , some of the “noblest” officials of our society were emboldened to , assemble, In their gorgeous silks (and fanned by their huge umbrellas) and to deliver, in public, a controversial decision that would, in all certainty, divide one part of a large and wealthy state against the other. The victors in the court case suitably rejoiced, while the defeated slunk away in groups to plot their reaction. The police looked on, and decided to give the victors a rap on the knuckles, with a ludicrous bail followed by an even more laughable “fine.”

As social restriction measures were reduced to the wearing of all sorts of funny masks, mischievous Ghanaians took matters to their logical conclusion: so long as one wore a mask, one could go to a birthday party and smooch with a masked member of the opposite sex. Workers mixed it up, carrying and unloading

the instruments of their trade as if no guidelines had ever been issued. Why worry? Ghana was blessed. America could burn. Ghana would be saved.

Brothers and sisters, we deceive ourselves. COVID-19 is lurking out there, sharpening its teeth. If we do not stop our nonchalant attitude towards the measures recommended to us initially by our Government, we are fully in COVID's gunsights. We won't know what hit us."If you don't know death, look at sleep!" says one of our proverbs. We have been given a slap in the face by the ability of a single indiovidual to infedct five hundred and therty-three workmates with COVID-19, at a fish processing factory in Tema, whose name the authorities are deliberating concealing from us, for reasons best known to themselves. Ei, can Ghanaians be so fool-hardy?

The president of the Ghana Medical Association has issued us a sharp warning. He said the people who installed a chief should be arrested so that others might learn the lesson that they were endangering public life by engaging in a display that went against all the tenets of good sense.

The Medical Association has followed that warning by suggesting that perhaps the full lock-down may have to be reintroduced.

Figures are being bandied about to indicate whether the infection rate has peaked or not; whether we are on the road to recovery or entering the descent into hell. No-one can give a definitive interpretation of the figures, of course.

What are we playing at? Is this the same Ghana that was being touted as being so sensible that it would be the “South Korea” of Africa?

In fact, unlike us, the South Koreans have not let go of their common sense. Despite their excellent figures, they haven't relaxed their contact-tracing efforts and have recently managed to corner an individual who visited a series of night-clubs, spreading the infection.If such an individual was let loose in Ghana, would we ever know whether he visited “Kalamazoo Shake Your Head” because he'd read a 1950s entertainment guide to Accra, before he secretly made his way to our capital?

The pressure group, OCCUPY-GHANA, has also been awakened from its recent slumber by our invitation to COVID-19 to make another beeline for our shores.

I've said it.
But whether you'll listen to it is, of course, entirely up to you!