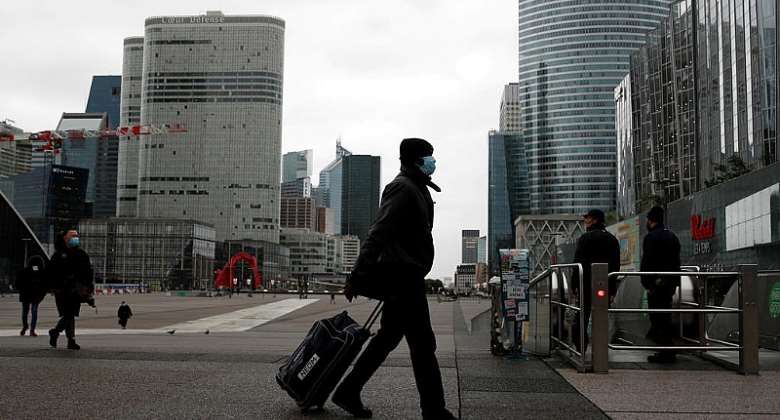 The latest 24-hour mortality figure, provided by health officials on Tuesday evening, included 183 new deaths in hospital and 165 in care homes for the elderly.

The hospital figure was up slightly from the 178 reported Monday, which was itself notably larger than figures from the weekend, when deaths tend to be underreported.

But the figure also showed average mortality continued to decline: an average of 135 people have died per day over the past seven days, down from 179 a week ago and from the peak weekly average mortality of 514 on 8 April.

Hospital numbers also showed the total numbers of patients, including those in intensive care, continued to decline.

On Monday, France began to lift confinement measures that had been in place since 17 March and that placed strict limits on the reasons and amount of time one could venture into public.

Some schools, closed since 16 March, began to reopen, and Tuesday saw the return of 1.5 million of the country's 6.7 million pupils in primary schools (ages 6-10).

Junior high schools, or collèges (ages 11-14) were slated to reopen on Monday 18 May in regions with lower levels of Covid-19. Lycées (high schools, ages 15-17) were to remain closed nationwide until 2 June at the earliest.

Lifting confinement measures and reopening schools meant it was possible to get back to work for many who had been either laid off or on childcare leave.

Flooding due to heavy rains made for reduced service and crowding on line 13 of the Paris metro, which is used by many essential workers from northern suburbs.

The RATP metro company said service was better on Tuesday and would be operating at full capacity on Wednesday.

The Bank of France reported Tuesday that the GDP had retracted by 6 percent during the eight weeks of confinement and economic activity had fallen 27 percent.