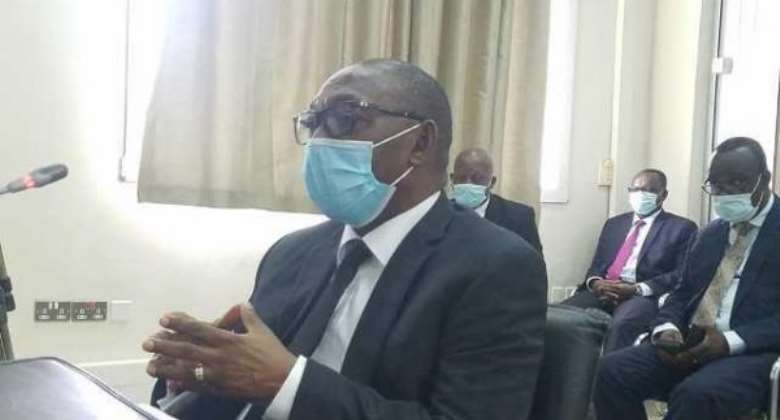 A nominee for the Supreme Court, Mr Justice Clemence Honyenuga has explained that one of the greatest mistakes he made as judge was to sentence an armed robber who victimized a wife and three children whose husband had traveled abroad and robbed them of their foreign exchange by shooting at them into 65 years imprisonment.

However, his experience with conditions in the country's prisons as result of the Justice For All Programme made him to become a changed person and now advocate of softer punishment for offences against the law.

“I used to be a very hard judge when I was at the high court, but since I took over the Justice for All Programme and have seen the conditions at the prisons in which my fellow human being (prisoners) live in, in terms of the food they eat, the suffering and humiliation that has changed my heart”.

Responding to questions at the vetting Justice Honyenuga explained that the Justice for All Programme has been beneficial in terms of access to justice and helping to decongest various prisons in the country.

He said as at 2019, the remand population has reduced to 13 percent of the total prison population.

He said during court pre-sittings in the prisons, the inmates were provided free legal aid because most of them were poor and indigent who could not afford the services of a lawyer.

Justice Honyenuga also emphasized that the programme had helped to reduce the workload of the courts because during the sittings at the prisons they were able to dispose of some pending cases.

He said in 2015 as result of the releases of some remand prisoners, the country saved GHC250, 000 which should have used for the inmates.

He said but for the COVID-19 pandemic, the programme would have been decentralized to the regions so that the Supervising High Court Judge would be in charge of the programme.

Responding to a question from Mr Sampson Ahi, Member of Parliament (MP) for Bodi whether the numbers of Ghana's Supreme Court Justices were not too much compared to that of United States (US), which had nine judges with a population of over 300 million, Justice Honyenuga answered that the US is federal state and that their Supreme Court (SC) sit once a while unlike Ghana where every appeal could be referred to the SC, where they sit every day of the week.

He suggested that instead of appeal cases going all the way to the Supreme Court, certain interlocutory appeals should be made to end at the Court of Appeal so that the workload of the SC could be reduced.

Answering to a question from Alhaji Mohammed Mubarak Muntaka, Minority Chief whether a chief could banish a person for breaking custom of traditional area, Justice Honyenuga also explained that no chief had the power to banish any individual from particular area for flouting the custom of the place, which he said would be an infringement of the 1992 Constitution and the fundamental human right of the person.

“I think that would be an infringement of the 1992 Constitution because nobody has the power to banish any person because of an old custom… I remember in 1993, when I was in practice a similar thing happened in another traditional area and I advised the victim to report the matter CHRAJ and he did and the matter was gone into and the chief was reprimanded”