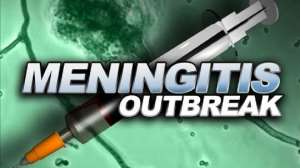 The Jirapa Municipality in the Upper West Region has recorded five new cases of meningitis.

This brings the case count to 90 with nine deaths.

This is according to the Jirapa Municipal Director of Health Services, Florence Ansongwmine.

“Currently, our district is having 50 suspected cases of meningitis, out of which 20 are confirmed. Out of the 20, we have nine deaths,” she confirmed.

The health official also called for a concerted effort from government and all other stakeholders to nib the disease in the bud.

She said, “Fighting meningitis and COVID-19 is not a one-man thing. The Ghana Health Service cannot do it alone. We plead a concerted effort. We can do all the community education but if the community members are not adhering to it, it will not lead to anything.”

On his part, the Member of Parliament for Jirapa, Dr. Francis Bawanaa Dakurah accused the government of not showing enough commitment in the fight against COVID-19 and meningitis in the municipality.

He spoke after presenting some medical suppliers to the municipality to help fight COVID-19.

“The resources are not there to deal with the pandemic. Ideally, we should be able to get every person in Jirapa a hand sanitizer but it is not possible. A small hand sanitizer in Accra is about GHS15. It is expensive. That is the challenge we are facing,” he noted.

Meningitis in the Upper West

The Upper West Region has recorded over 250 cases of the disease and over 35 deaths.

An earlier release issued by the Regional Health directorate cited the Nadowli Kaleo district and the Nandom municipality as the hardest-hit areas.

The Upper West Regional Director of health services, Dr. Osei Kuffuor Afreh said the outcome of the audit will enable the Ghana Health Service review treatment protocols on the endemic to prevent the recurrence of the high incidence of deaths in the region.