Covid-19: Trump Walks Out Of A Press Conference; Describes A Question As Nasty 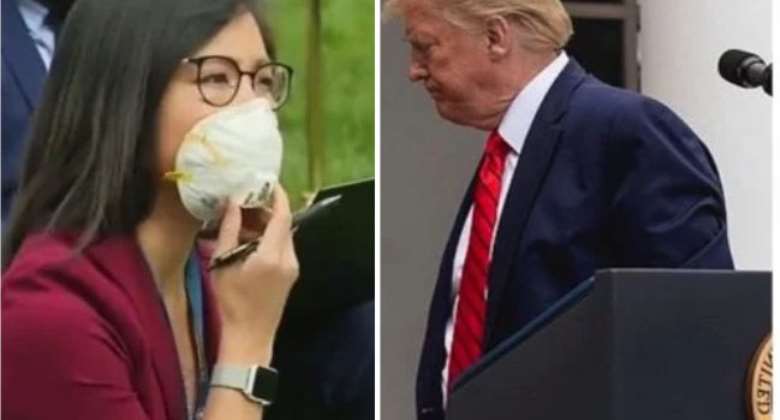 Under fire US President, Donald Trump, has walked out of a coronavirus press conference over what he described as a “nasty” question.

“That the US is doing far better than any other country when it comes to testing, why does that matter, why is this a global competition to you and everyday Americans are losing their lives, and we are still seeing more cases everyday?” the female journalist Weijia Jiang asked. She is the White House correspondent for CBS News.

Trump responded to her question by saying “Maybe that’s a question you should ask China Trump says to Jiang.

“Don’t ask me. Ask China that question, OK?” he added.

He tried to move on by calling on Kaitlan Collins, a White House correspondent for CNN, but Jiang then interjected with a follow-up question.

“Sir, why are you saying that to me specifically?” she asked.

But Trump replied: “I’m telling you. I’m not saying it specifically to anybody. I’m saying it to anybody that asks a nasty question.”

“That’s not a nasty question,” Jiang she says, further asking “Why does it matter?”

Trump tried to take a question from another reporter.

Collins, who had let Jiang ask Trump her follow up questions, approached the microphone.

According to Collins, “I have two questions.”

“No, it’s OK,” the US President retorted.

“But you pointed to me,” Collins says. “I have two questions, Mr. President. You called on me.”

“I did,” Trump said. “And you didn’t respond, and now I’m calling on the young lady in the back.”

“I just wanted to let my colleague finish,” Collins explained. “But can I ask you a question?” says Collins.

Jiang was born in China and moved to the United States at the age of two.

Below is the video