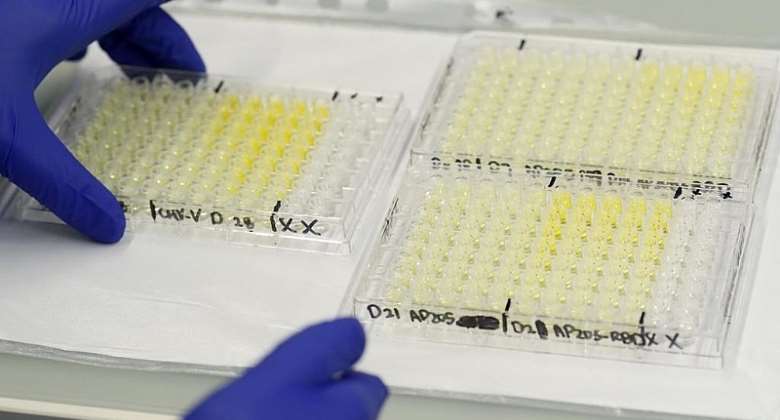 New small clusters of the coronavirus have been confirmed in several regions of France, away from the capital. The worrying development comes as the country attempts to lift lockdown measures to stop the spread of the disease. Experts warn that vigilance is of the essence.

In the most recent example, four cases of Covid-19 were confirmed in Vendée, south west France on Saturday, among employees in an abattoir.

The department's police chief, Benoît Brocard confirmed to France Televisions that four of the tests carried out on the weekend were positive and other results were pending.

Out of the four confirmed cases, aged between 21 and 59, only one of them suffered from any symptoms.They are now in quarantine for at least two weeks.

Majority of cases have no symptoms
Elsewhere in France, small clusters have been emerging, even in so-called 'green' zones, regions on France's colour-coded map, indicating a lower presence of the virus.

But health experts warn that vigilance is still necessary as the country emerges slowly from two months of confinement.

"We must consider that the virus is still there, waiting, circulating," infectious diseases doctor Anne-Claude Crémieux told France Info on Monday.

"We know that more than half of those infected have no symptoms at all, or very light symptoms, so the transmission of the virus is practically invisible."

Dordogne
At the end of April, a man from Vergt (near Périgueux) in Dordogne, experienced flu symptoms, and he susequently tested positive for Covid-19.

He told his doctor he had attended a funeral in the nearby village of Eglise-Neuve-de-Vergt a week earlier (a death unrelated to Covid-19).

The local health authorities there followed the protocol of testing people in the man's immediate environment, including hospital staff and funeral staff who had come into contact with the man before he fell ill.

Nine people tested positive for Covid-19, eight from the same family, out of 150 tests carried out.

43 tests were negative, according to public health authorities on Sunday, who are expecting the rest of the results this week.

Vienne
In the central French city of Poitiers (Vienne), a member of a teacher's board of directors fell ill on 7 May. He had attended a meeting a week earlier concerning the re-opening of a highschool in the area.

Around 20 people who had been in contact with the man were tested, resulting in three confirmed cases of covid-19.

Other tests were carried out on teaching staff and other members of the community at the weekend, and so far 60 out of 64 tests have been negative. Other results are still pending.

Hauts-de-Seine
And in Ile-de-France, one of the 'red' zones, nearly 50 tests have been carried out at a hostel for young workers in Clamart, Hauts-de-Seine (a suburb west of Paris).

This after a young man tested positive for Covid-19, according to the daily Le Parisien last week.

Eight tests have so far come back positive. Only one of the men had experienced symptoms.

Authorities said they have put into place quarantine for those concerned, and are expecting the remaining results in the coming days.

On 28 April, the Prime Minister Edouard Philippe announced it would be possible to conduct 700,000 tests by the 11 May,

He also said special 'Covid-19' teams would be created in each department, in charge of testing people with symptoms and identifying their contacts.

A number of experts in the health sector however have expressed concern that the capacity for testing is only up to a fraction of the projected number, due to a lack of coordination on a national level.