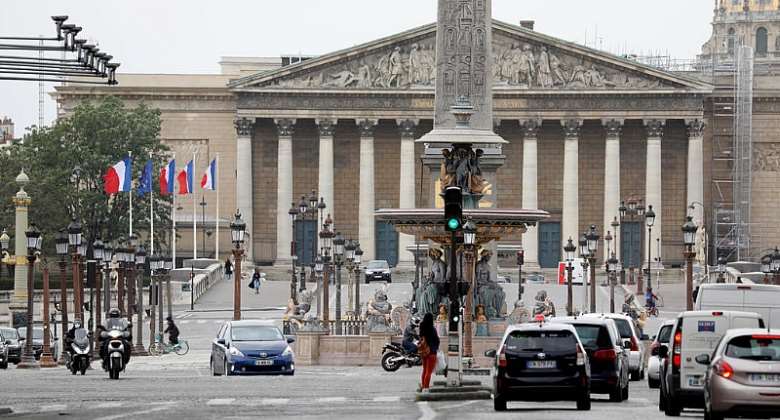 France's Constitutional Council on Monday validated a health emergency law outlining the restrictions that will remain as lockdown measures are eased – but the body censured elements linked to the isolation and “contact tracing” of people who test positive for Covid-19.

The law, which comes into force a day late, extends France's state of medical emergency until 10 July – incorporating measures limiting the movement of individuals to a 100km radius and obliging them to carry a certificate from their employer justifying their reason for taking public transport.

It also gives the government extraordinary powers to restrict people's freedom of movement and rule by decree to requisition certain goods and services.

Under the law, authorities can introduce a mandatory 14-day quarantine for all arrivals from abroad, including Corsica and overseas territories.

Law passed a day late
Thousands of workers returned to their jobs on Monday amid confusion after the government failed to ratify the law in time for the gradual lifting of its 2-month Covid-19 lockdown.

Although the measure had been passed in parliament, it stalled on Sunday when it got to the Constitutional Council. This meant people in France were not subject to the restrictions for a whole day.

While the council largely gave a green light to the legislation, it nevertheless imposed two “partial censures" in the name of a person's "right to respect for private life".

Considering enforced quarantine to be a deprivation of individual freedom, the council found it necessary for the approval of a judge to be obtained to ensure the human rights of anyone quarantined on medical grounds are respected.

The second censure limits who can access the coronavirus data concerning the collection, processing and sharing of personal data in order to trace the chains of contamination.

The government had already confirmed “health brigades” to track down potential positive cases would be independent from the state's controversial Stop-Covid phone app, which has drawn privacy concerns.