On the first day lockdown was lifted, the French took to the streets in protest… again 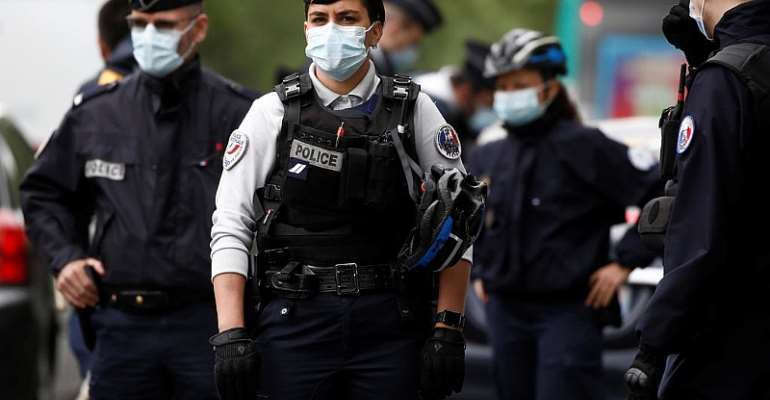 A demonstration against police brutality was held outside Paris, on the first day France lifted the Covid-19 lockdown. Riot police monitored the protest which was called by at least 30 organisations.

Around 250 people demonstrated against police brutality in France, on the first day of lockdown exit in the country. The protests took place around the municipality of Ile-Saint-Denis, in the Seine-Saint-Denis district, north east of Paris.

He claims he has been kicked and beaten with batons by seven or eight policemen, after being handcuffed. He was also subjected to verbal abuse, including racist remarks.

These could be clearly heard in a video taken by French journalist, Taha Bouhafs, who filmed the arrest on 26 April. The French police watchdog, IGPN, is currently investigating the case. Meanwhile, two policemen have been suspended.

Over 30 NGOs called for a human chain, on 11 May, as a manner of protest against police brutality in working class neighbourhoods. But the human chain was not allowed as gatherings of more than 10 people are now illegal.

Riot police intervened and encircled a large number of protesters. Anyone going in or coming out faced a €135 fine.

“The police are preventing us from observing social distancing rules, the reason why we called for a human chain,” said Majid Massaoudene, one of the organisers and an elected member of the municipal council of Saint Denis.

Massaoudene said that seven complaints have been filed against police brutality during the lockdown period while 166 such incidents were reported by civilians.

The CGT trade union, along with the Human Rights League or global justice Attac movement, figured among the 30 organisations which called for this protest.

According to Massaoudene, the Seine-Saint-Denis department – also referred to as 93 in hip hop lyrics – has been penalised on three fronts: there are fewer hospital beds, this is the region with the most essential workers who are on the frontline fighting the coronavirus outbreak and this is also the area with the highest rate of police contraventions for a range of offences.

The protests ended around 8pm and lasted less than two hours. A local resident told the media that she was “shocked” by this kind of gathering.

“What do these people think they are doing, besides creating a new Covid cluster,” she said. “Do they really think that the virus has disappeared or that 28,000 is not enough?”