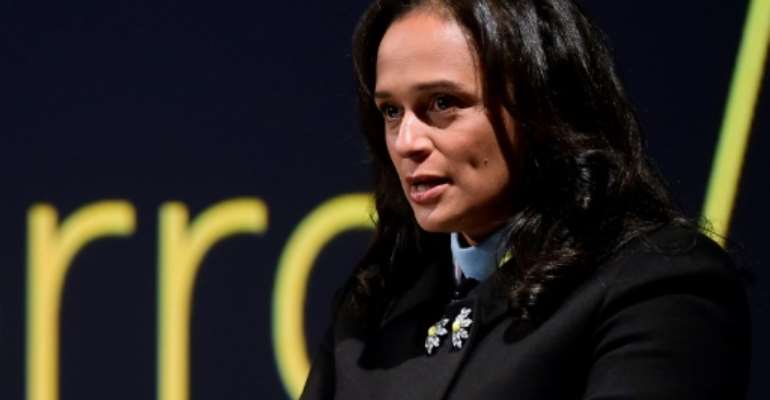 Isabel dos Santos and her husband are accused of syphoning off more than one billion dollars from Angolan state companies. By MIGUEL RIOPA (AFP/File)

The 47-year-old tycoon and her Congolese husband Sindika Dokolo are accused of syphoning off more than one billion dollars from Angolan state companies.

A court in the southern African nation in December froze their bank accounts as part of a massive corruption probe.

Dos Santos claimed in a statement that a copy of a fake passport -- bearing the signature of late martial arts film star Bruce Lee -- was part of the evidence submitted to a court that froze her assets.

She cited among other alleged irregularities on the passport that her birth date was wrong and her name was incomplete.

"But the most ridiculous aspect is the signature of the issuing authority: this is a reproduction of the signature of Bruce Lee, the legendary kung fu actor who died in the 1970s," said a statement released through her public relations agent.

Dos Santos said her lawyers unearthed the falsified evidence which included scam emails, after they were given access to the court documents last month.

"Looking at the forged evidence it is now clear that the Angolan state through the intelligence services, prosecution, civil court, and Supreme Court has colluded and contrived a case to obtain an unfair and illegal decision against me," she said.

"False documents and false statements have been deliberately brought before the court."

Dos Santos was charged in January in Angola with a long list of crimes, including mismanagement, embezzlement of funds, and money laundering during her stewardship of the oil giant Sonangol.

She was forced out of the job at Sonangol just months after her father stepped down in 2017 and was replaced by his hand-picked successor, Joao Lourenco.

Dos Santos built up a vast business empire over the past two decades, with stakes in several Angolan and Portuguese companies.

Her fortune is valued at $2.1 billion (1.9 billion euros) by Forbes Magazine, which named her Africa's richest woman in 2013.

A consortium of investigative journalists, after analysing a trove of hundreds of thousands of leaked documents, has also accused dos Santos of looting state coffers during her father's nearly four-decade rule.

Dos Santos has denied any wrongdoing and says she is a victim of a witch hunt.