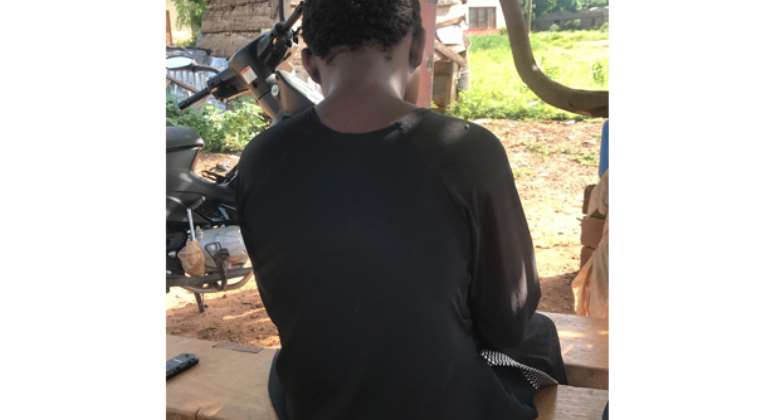 An 11-year-old class five pupil has been defiled by one Abdul Latif in the Vittin suburb of Tamale in the Northern Region.

The suspect was said to have lured the girl with a gift into his room and defiled her.

The hospital folder of the victim suggested that there was force penetration which resulted in internal damage, breaking of her hymen and vaginal discharge.

The mother of the victim, a trader, is encountering double agony of her daughter's condition and the Tamale Teaching Hospital's doctor's demand of an amount of GH¢800 before signing the medical form required by the police.

It is unknown whether or not the fee is authorized.

The family was however unable to pay the amount because of poverty, a situation compelling them to resort to home treatment.

The girl, who is traumatized, is hardly talking to family members and unable to walk properly.

In an exclusive interview with the mother of the victim, whose name has been withheld, DAILY GUIDE gathered that sometime last week, she realized that the victim's attitude had changed at home.

She was compelled to pose questions to the victim, answers to which did not come as the girl refused to cooperate.

According to her, the victim felt severe pains in her private part and when she took a look, she noticed several cuts and discharge.

A nurse in their neighbourhood, she said, confirmed that she had suffered forced penetration after examining her.

The mother disclosed that the victim said the suspect threatened to kill her if she reported what happened to her.

The mother said the case was reported to the police in Tamale who issued a hospital form to be completed by a medical officer about his or her observation.

The woman is demanding justice, fearing that the future of her daughter has been ruined.

She is also appealing to the general public to come to the aid of the family to pay the GH¢800 for the hospital to sign the medical form of her daughter.

The suspect has since not been arrested and is reportedly on the run.

The Northern Regional Police Crime Officer, Supt. Otuo Acheampong, confirmed to DAILY GUIDE that the case has been reported.

He however indicated that the police would need a medical report in order to arrest the suspect and subsequently send him to court.