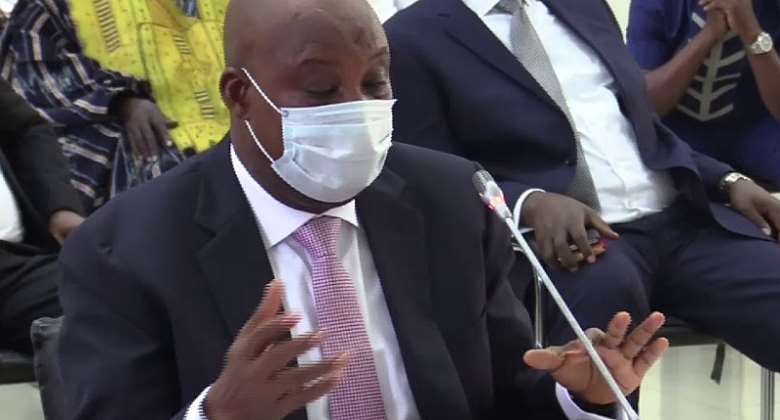 Muslims across the country are unhappy with the remarks of Supreme Court judge nominee Justice Issifu Tank Amadu over the wearing of Hijab in schools.

The Appeal Court judge told the vetting committee of Parliament Monday that he saw no problem with secular schools stopping Muslim girls from wearing the Hijab at the primary and secondary level.

He, however, added it becomes a problem if the same posture is taken at workplaces.

But commenting on the remarks, Islamic Scholar Sheikh Bagaya told Morning Starr host Francis Abban that the position of the judge is contrary to the dictates of the Quran.

“The issue of hijab is not direction or instruction to women but to men as well. It is standard teaching in the Quran. As a Muslim scholar, I’m happy that he is occupying such a prestigious position and all Muslims are happy for him.

“But for the pronouncement he made yesterday, my understanding from the Muslim community is that it is very very worrisome for many Muslims,” he said.

Also expressing concerns on the comment by the judge, the convenor of the Hijab Is My Identity Campaign Bashiratu Kamal said the judge has disappointed the Muslim Community and should expect a reaction.

“It is rather unfortunate that people who are supposed to be custodians of the law hold these kinds of opinions. I know he is an authority on the religion than me but looking at it from the human rights point, I was very disappointed.

“I’m looking at him as an elder and leader in the Muslim community and I’m looking at him as someone older than me. It is unfortunate for him to say this because he is not just talking as an individual but someone who is well vested in the law. At the Supreme Court will I be confident enough to appear before him in the Supreme Court if I have an issue on the Hijab at my workplace considering his view on the matter,” she wondered.

She said the campaign will consult with other groups and oppose the “bias” of the judge.

” We cannot be comfortable working with someone like that. He should apologise and for me, I seriously think that his appointment should be looked at again”.