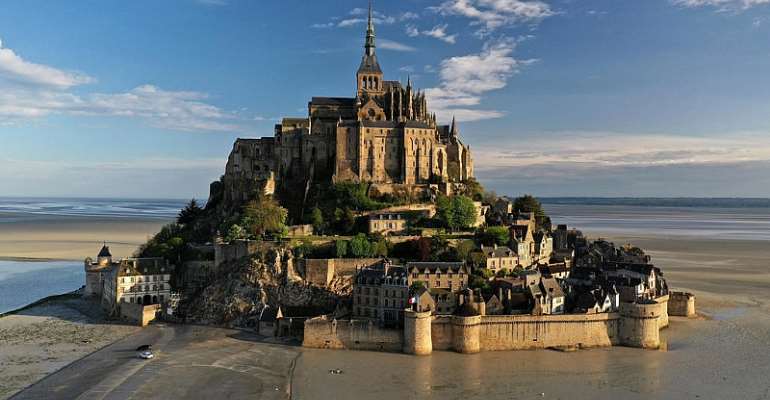 Mont-Saint-Michel in Normandy resumed activities on Monday, as part of the gradual easing of lockdown constraints were confirmed last Thursday by the French government. Shops and hotels have reopened, but access to the abbey will remain closed until June.

The iconic Mont-Saint-Michel is visited by more than 3 million tourists each year but on 11 May, a few visitors living within 100 kilometres, came to see the Unesco World Heritage Site.

The Mont reopened its doors with strict sanitary measures in place after two months of closure due to the coronavirus crisis.

These measures include a single direction of traffic in the village, to avoid crossing people who go up or down.the hill.

Single direction of traffic
To "avoid crossings as much as possible", visitors are "invited as soon as they arrive at the car park to reach the Mont via a specific one-way pedestrian circuit" with "appropriate signs" and "the municipal police will ensure that these new circuits are respected by visitors," according to a statement from Mont-Saint-Michel's public authority.

The Mont will remain accessible 24 hours a day by shuttle, via its transport service, but "in compliance with ministerial directives, the reception capacity in Transdev shuttles will be reduced" and "wearing a mask will be compulsory for everyone on board".

Abbey remains closed
On the rock, the abbey will remain closed, while various businesses will gradually reopen.

The Centre des monuments nationaux hopes to be able to reopen the abbey in June.

"Apart from cafés and restaurants which are not yet authorised to reopen, other shops, including hotels and other accommodation, will gradually reopen their doors according to their own constraints".