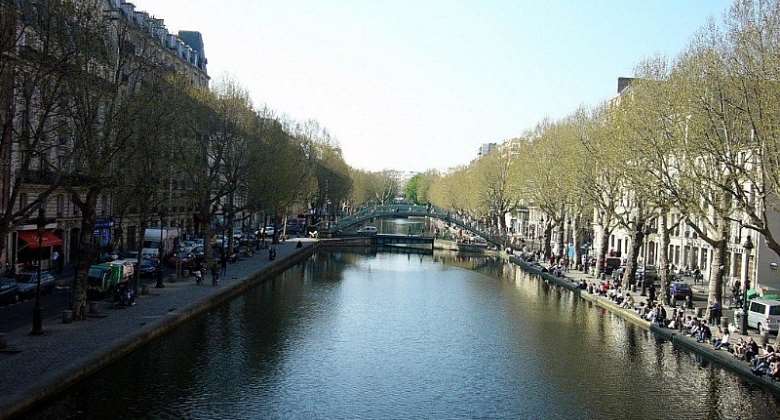 The police have banned alcohol from certain areas of Paris after celebrations marking the end of lockdown measures got too festive on Monday. The move was announced by the Interior Minister Christophe Castanter, after authorities had to break up groups of people not respecting social distancing regulations.

On Monday, Minister Christophe Castaner announced that riverside areas of the capital, such as the popular Canal Saint Martin in the north east, would become no-alcohol zones.

A few hours earlier, police had to break up groups as they were not respecting the social distancing rules which require at least 1 metre between each person.

Dozens of people had gathered on the edges of the canal on Monday to socialise, making the most of a break in the weather, on what was the first day marking an easing of restrictive lockdown rules in place since 17 March.

However, Paris is still considered a 'red' zone, referring to the country's colour-coded map which indicates which regions are still struggling to contain the virus.

Although citizens can now move about with more freedom and no longer need a 'permission slip' to justify their outings, there are the other rules which remain in place such as social distancing, and wearing masks in enclosed public spaces and transport.

Bars, cafés, restaurants, cinemas and theatres are still closed, while shops and services are beginning to re-open.

Civic duty
Castaner published a message on social media to remind people that "lifting lockdown rules goes hand in hand with respect and care on behalf of everyone."

"Faced with some irresponsible actions, I have asked the police to ban alcohol along Saint-Martin canal and the main river banks," he wrote.

The Police Chief of Paris Didier Lallement confirmed that the ban would become effective as of 12 May.

"The successful easing of confinement depends on each citizen acting responsibly in order to avoid a resurgence of the virus," the police department said in a statement.

"It's up to each and every one of us to adhere to the hygiene rules which have been repeated over the past few weeks," it said in a statement.

"In charge of the safety of Parisians, we are disappointed that from the first day of easing confinement, we were obliged to enforce hygiene measures which should be considered by everyone as his or her duty."

Interviewed on France Info on Tuesday, Jacques Battistoni, President for the MG Doctors union said that collectively French people "would have to be very, very careful in the coming weeks, because the risk of taking a step backwards and be forced to apply stricter measures is very real."

He recommended wearing a mask as the easiest way to block contamination while in public spaces.