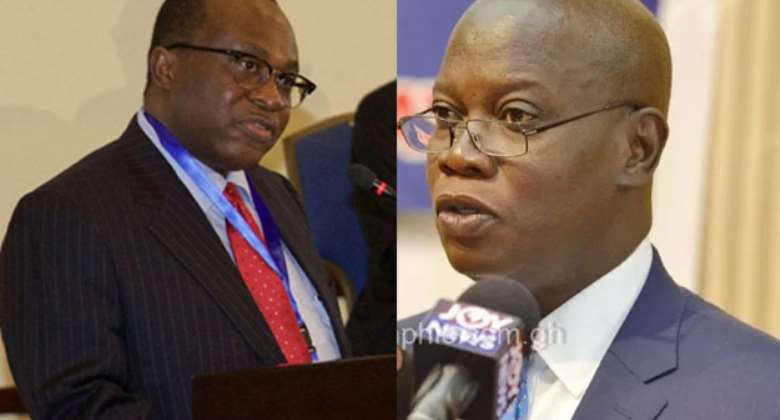 Barring any hitch, an Accra High Court will deliver judgement in the case in which some former board members of the National Communications Authority (NCA) and a private businessman are being tried for allegedly causing financial loss to the state totalling about US$4 million.

The court, presided over by Justice Eric Kyei Baffuor, a Court of Appeal judge sitting with additional responsibility, had ordered the prosecution and defence lawyers to file their written addresses after both parties had closed their cases after close to two years of trial.

Apart from causing financial loss to the state, the accused person also faced charges including stealing and money laundering in the purchase of cyber-surveillance system for counter-terrorism in the country at the cost of some $4 million.

Nana Owusu Ensaw was, however, discharged by the Court of Appeal after the second highest court had upheld his appeal against the decision of the trial court which had asked him to open his defence after it had held that the prosecution had been able to establish a primary facie case against him in respect of two out of the six charges he was initially charged with.

All the accused persons pleaded not guilty at the beginning of the trial.

The accused persons are facing 17 charges, including conspiracy, stealing, using public office for profit, among others, after the prosecution had alleged that they created, looted and shared $4 million among themselves in the procurement of the cyber-surveillance system for counter terrorism in the country.

The accused persons opened their respective defence and denied all the charges levelled against them, insisting that the equipment was purchased for the NSCS as requested.

They also denied the charge of benefitting from the purchase of the equipment.

However, Alhaji Osman's testimony was heard in camera, as his lawyer told the court that his testimony would reveal issues bordering on national security.