Cancelled Cannes seeks to reinvent itself minus the razzle-dazzle 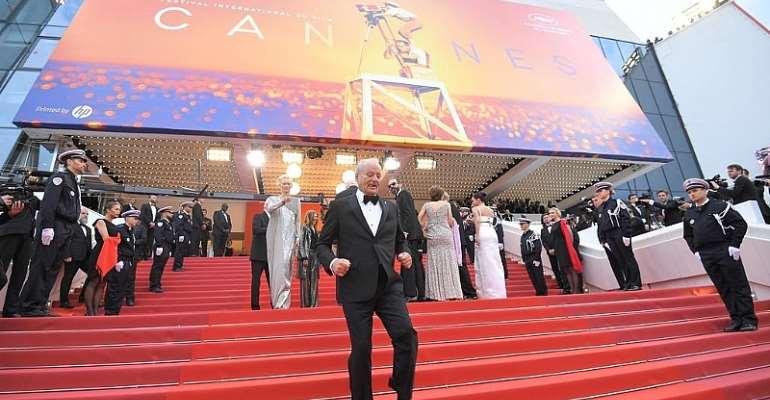 The Cannes Film Festival should have been getting underway this Tuesday, 12 May – but while the coronavirus has ensured there'll be no red carpet or paparazzi for the 2020 edition of the world's most glamorous event, behind the scenes organisers are making sure the show goes on.

The event's organiser, Thierry Frémaux, and president, Pierre Lescure, are keen to let the world know the spirit of Cannes is alive and well – albeit in a different form.

When French President Emmanuel Macron's announcement on 13 April that festivals of over 5,000 people would be cancelled until at least mid July, the team at Cannes was quick to announce it was looking at alternative solutions.

"Cannes is an essential pillar for the film industry," a press statement said. "We must explore all contingencies allowing to support the year of Cinema by making Cannes 2020 real, in a way or another."

In interviews with the British website Screen Daily and the French newspaper Le Figaro on Sunday, Frémaux and Lescure indicated that a selection of films for the 2020 would be unveiled at the beginning of June.

Despite not being able to gather, the jury has been working from a distance and making its choices for films to run in competition using video conferences and online platforms.

The selected films will be released between now and the spring of 2021, and will come with a Label Cannes 2020, assures Frémaux.

"We have received magnificent films from around the world; we have a duty to help them find a public," he said of the numerous entries. "That's why we're looking at organising events in cinemas."

On the horizon, there's talk of collaborating with other festivals around the world, such as the Mostra in Venice, or in Toronto, Deauville, Angoulême, San Sebastian, Busan in South Korea or New York.

"In Venice, we'd like to take things a step further and present films together," said Frémaux.

"We agree in principal that we should do something together, but we're not sure what form that will take," added Lescure.

There's also the possibility of joining forces with the Festival Lumière in Lyon, right here in France, which is ready to accept several films.

Cannes represents a huge market opportunity for film industry professionals, and it's for this reason organisers are keen not to drop the ball.

The key industry event of the festival, known as the Marché du Film, will become an "online" edition to be held 22-26 June 2020, and launched by its director Jérôme Paillard.

This is where producers and distributors from around the world can "meet" at online stands in real time and show off their wares, hold video-conferences through the secure network Match&Meet, attend online screenings and exchange with colleagues.

Paillard said it was important that industry momentum be maintained. "In this challenging situation, the film industry is expressing a need for a spring rendezvous before the summer," he said.

"A survey we conducted last week (April 2020) among distributors around the world reveals that 80 percent are interested in an online market and 66 percent have the capacity to make acquisitions (mainly of completed films but also of films in post-production and writing)."

As for the financial cost of cancelling the yearly event, Lescure estimated a loss of between "five and 10 million euros" – but he underlines that 20 million euros in special funds have been set aside to absorb these losses.

Spike Lee on board for new Cannes adventure

On an uplifting note, festival directors say they've received much support from American film director Spike Lee, who would have been presiding over the 2020 jury.

He reassured the organisers that he would make himself available for the next edition in 2021, in whatever form that might take.

"Spike Lee has been great. He told us he'd be loyal to the project come what may. I really hope we'll make it happen in 2021," Lescure told Le Figaro.

Lee's new film Da 5 Bloods, produced by Netflix, was to be shown at Cannes out of competition, and will be released online as planned from 12 June.

Young filmmakers will not miss out on the Cannes buzz either, says international cultural organisation the Institut de France and its various partners, including France Medias Monde – the parent company of RFI and France 24.

Since 2009, the project La Fabrique Cinema promotes first- or second-time filmmakers in particular from Africa, Asia and South America, organising special workshops and putting them in contact with industry professionals to get their careers off the ground.

This year's edition, mentored by director Rachid Bouchareb (his film Indigènes won a Prize at Cannes in 2006 for best cast performance), has selected ten projects from around the world – both documentaries and fiction – including, for the first time, projects from Kazakhstan and Montenegro.

And if you're keen to catch up on the Cannes classics you might have missed over the years, the Franco-German television channel Arte is screening many of the past selections and prize-winners until 27 May.