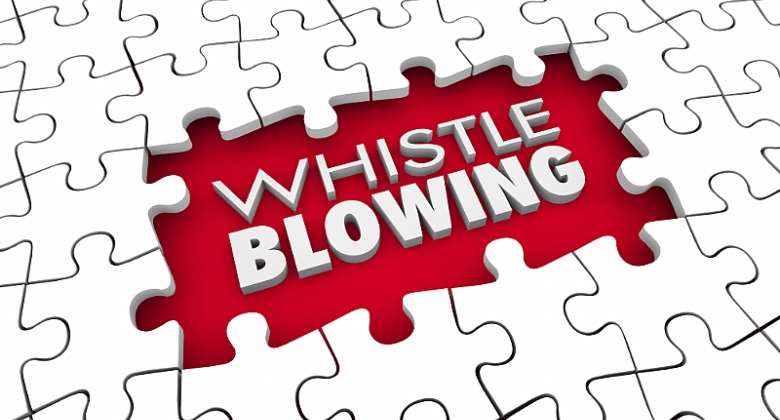 A recent survey by KPMG has shown that 59 percent of both public and private institutions in Ghana have no whistleblowing systems to encourage staff and management members to raise alarm on workplace wrongdoings.

The public sector accounted for 13 percent of the figure.

Breakdown of organizations without whistleblowing hotline

66% of respondents in organizations without a whistleblowing hotline stated that they had witnessed some unethical behaviour.

Out of the above, 37% reported the issue to mainly a manager or a colleague.

But the remaining 63% of employees that did not report unethical behavior could be due to factors such as fear, mistrust, and apathy, coupled with a lack of anonymous or confidential whistleblowing channels.

Further breakdown of the 37% respondents who reported the wrongdoing revealed that 51% reported to a manager while reports made to either a colleague or HR department accounted for 14% each.

The survey also asked staff members why they opted not to blow the whistle even though they witnessed or were informed of unethical behaviour.

Top issues not being reported are nepotism, favoritism, discrimination, and misappropriation of an asset.

Even though issues like nepotism and discrimination do not necessarily constitute fraud, they can facilitate the same and have an adverse effect on staff morale and a company's reputation, the report noted.

According to the report, it appears employees are not reporting wrongdoing because of the lack of trust in the system and the perception that no action will be taken.

Fear of victimization accounted for 21 percent of this situation.

Reasons why employees do not blow the whistle

KPMG in its report urged that the Whistleblower Act should be amended to address financial misconduct and other criminal activities that occur in the private sector.

“Additionally, the Act is heavily skewed towards whistleblowing in the public sector and is not very clear in its application to the private sector and non-public interest situations. Specifically, publicly-traded institutions

and others of public interest should be mandated to institutionalize whistleblowing to help secure and engender trust and confidence in stakeholders”, KPMG advised.

It provides legal protection and remedies to all people, employees, and citizens who report crime and misconduct in the public interest.