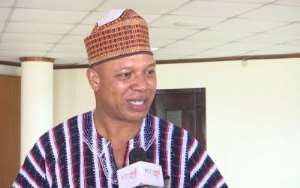 The Member of Parliament for Damango constituency, who doubles as a member of the Energy Committee of Parliament, Mr Adam Mutawakilu, has noted that no president or government in Ghana’s history, has worked and invested in the energy sector more than Mr John Mahama did.

According to him, Mr Mahama, as Vice-President to Prof Atta Mills, took over a sick energy sector in January 2009 with an in-store capacity of 1,810 megawatts.

He added that the Mills-Mahama administration, by December 2012, had 2,885MW and 4,132MW in-store capacity by January 2017 when the Akufo-Addo administration took over.

"There were also ongoing projects such as Amandi, Early Power. Those were going projects, which have not yet been added to the in-store capacity because they weren't completed and ready to generate power”.

"Now, this intervention is very critical because the previous dumsor crisis is a result of low generation as compared to high demand," he told Bobie Ansah on the Citizen Show on Accra100.5FM.

Reacting to Vice-President Dr Bawumia's recent comment on former President Mahama’s performance on the 'dumsor' crisis vis-à-vis President Akufo-Addo's performance on the COVID-19 crisis, the lawmaker reiterated that though there is a highly misplaced priority in the comparison, the effort by the Mahama administration in fighting the energy menace which the Kufour administration left behind, remains unmatched.

Mr Mutawakilu added that Dr Bawumia had admitted about four years ago that Mr Mahama solved the power crisis when he, Dr Bawumia, then a vice-presidential candidate, made comments suggesting that Mr Mahama, as president, should be praised for solving 'dumsor' as it was his responsibility.

"Currently, the country is experiencing a power crisis because there's no enough fuel to power the various power plants left behind by the Mahama-led administration such as Atuabo Gas, due to mismanagement by this government," he said.

"With the water and electricity freebies promised by the President, the reality is in shambles as about 90 per cent of Ghanaians are not benefiting. If you talk to ECG, they tell you they are now configuring it. Didn't the President have consultation with them about a month ago when he made the promise?” Mr Mutawakilu questioned.