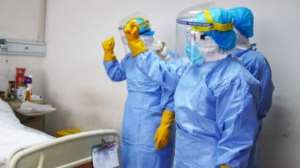 Amid multifold theories and disinformation spreading around the COVID-19 in Africa, it is important for African governments to consider strengthening the existing health systems and infrastructures, and allocate substantial funds for health research and production of basic equipment, for attaining sustainable development goals set in the African Agenda 2063, according to experts.

Over the years, most African countries with the exception of South Africa, Botswana and a few others have not improved much on their healthcare system since independence, partly as a result of pure negligence on the part of senior officials who prefer to be treated abroad. The leaders of Cameroon, Nigeria and Zimbabwe are notorious for spending long periods of time abroad in hospitals, according to Dr Chipo Dendere, Zimbabwean Professor of African Politics at Wellesley College in Massachusetts.

As Dendere further noted in a discussion with IDN, "African leaders have to start thinking seriously about issues of healthcare or people will die. They have to realize that going abroad is no longer an option. In all, it is significant for the leaders to focus on financing sustainable public health system, make investment in the health sector using public and natural resources. Public/private partnerships have never hurt, but have to be seriously considered".

Particularly because Africa's population is growing, and presents future health challenges, she added. Dendere, however, stressed that various debt relief efforts by international organizations should not be an end itself, and instead African leaders must necessarily look for long-term solutions for existing pitfalls in the sector.

In the month of April, the International Monetary Fund (IMF) and the World Bank (WB) have offered debt relief to African countries. The IMF is set to provide $11 billion to 32 countries in sub-Saharan Africa that have requested assistance in fighting the coronavirus pandemic and its impact on the region's economies.

These steps by the IMF and its partners – the World Bank, World Health Organization, the African Development Bank and the African Union – will support domestic measures including transfers to vulnerable households, monetary and fiscal policy responses, Abebe Aemro Selassie, the director of the IMF's African Department, said in a statement.

In a similar argument, Charles Prempeh, a lecturer in Africana Studies at the African University College of Communications (AUCC), Accra and doctoral candidate at the University of Cambridge, explained in an email to IDN that there are a lot of deficiencies – ranging from poor health policies through inadequate funding of health infrastructure to training and research – that have characterized the health sector in Africa.

In his view, amid the fast spreading coronavirus in some regions, it is simply "providential" that the African continent has not recorded high numbers, compared to the western countries. But it is also true that even with the relatively smaller number of cases that most countries in Africa have recorded, they have come under disproportionate strain.

Prempreh argued that over the years, many African leaders travelled abroad (including South Africa) in search of medical care. While many African countries have research institutions, designed for studying so-called orthodox and indigenous medicines, the existence of these institutions has not yielded the expected results of enhancing the quality of healthcare on the continent, he said, adding: "In many cases, these health research institutions have been starved of funding."

Consequently, many countries in Africa are looking up to the west to find an antidote to COVID-19 that has held the world hostage. This has implied that few Africans have invested in exploring the extent to which indigenous medicine could potentially provide an answer to the current health crisis. It is, therefore, not surprising that the COVID-19 pandemic provides lenses to peep into the deep cracks in the entire health system in Africa. It also provides important lessons for African leaders to learn now to invest in the health sector, Prempreh concluded.

Beyond all the arguments raised above, Dr Antipas Massawe, a former lecturer from the Department of Chemical and Mining Engineering, University of Dar es Salaam in Tanzania, East Africa, strongly insisted that "the scale of the challenges facing the health sector is tremendous, it requires extensive investment of resources and state to direct focus on the development agenda".

Acknowledging that Africa is a huge continent of vast inequality where almost two-thirds still live in abject poverty and years of neglect has left the health system in tatters, Massawe added: "As compared with most of the other advanced countries that have global competitive healthcare systems, African countries spend peanuts within the budget on bolstering health infrastructure in Africa."

The African governments should create the environment conducive for the evolution of competitive healthcare systems through prioritization. Governments have to work toward the empowerment of wealth creation endeavours, adopt system approach that would enable to understand the interdependence of African problems and outline how to tackle questions of the largely weak health as fast as possible, he suggested.

The Economic Commission for Africa (ECA), in a new report on the coronavirus pandemic, underscored that the economic implications of this disease are detrimental not only to public health systems but also the economy and sociocultural lives of the entire population of Africa.

The ECA makes explicitly clear that as the pandemic continues to impact the continent's struggling economies whose growth are expected to slow down from 3.2 percent to 1.8 percent, within this short period it is likely to push close to 27 million people into extreme poverty.

The report launched virtually in mid-April titled, "COVID-19: Protecting African Lives and Economies" says Africa's fragile health systems could see additional costs being imposed on them because of the growing crisis that has to-date, resulted in thousands infected Africans.

Dr Vera Songwe, UN Under-Secretary-General and Executive Secretary of ECA said: "To protect and build towards the Continent's shared prosperity, $100 billion is needed to urgently and immediately provide fiscal space to all countries to help address the immediate safety net needs of the populations."

Africa, notes Songwe, is particularly susceptible because 56 percent of its urban population is concentrated in slums or "informal" dwellings and only 34 percent of African households have access to basic handwashing facilities. Among others, she proposes that intellectual property on medical supplies, novel testing kits, and vaccines be shared to help Africa's private sector play its role in the response, and most importantly policies must be firm and clear on good governance to safeguard health systems, ensure proper use of emergency funds.

In a widely circulated letter, various co-signatories in April, including 100 leading academics and writers, have called on African leaders to govern with compassion and see the current global health crisis as a chance for a radical change of direction. "Like a tectonic storm, the COVID-19 pandemic threatens to shatter the foundations of states and institutions whose profound failings have been ignored for too long. It is impossible to list these, suffice it to mention chronic under-investment in public health" in Africa notes the letter.

As a continent that is familiar with pandemic outbreaks, Africa has a head start in the management of large-scale health crises. But the belief is that "emergency" cannot and should not constitute a mode of governance. Beyond the state of emergency, however, African leaders can and should propose to their societies a new political idea of Africa, says the letter.

In consequence, it continues, the coronavirus pandemic reveals the deficit of a collective continental response, both in the health and other sectors. More than ever, we call upon leaders to ponder the necessity to adopt a concerted approach to governance sectors related to public health, fundamental research in all disciplines and to public policy.

In the same vein, health has to be conceived as essential public good, the status of health workers needs to be enhanced, hospital infrastructure needs to be upgraded to a level that allows everybody, including leaders themselves, to receive adequate treatment in Africa. Furthermore, failure to implement these reforms would be cataclysmic. For it is in the most trying moments that new/innovative orientations must be explored and lasting solutions adopted.

Today, Africa comprises 54 sovereign countries, most of which have borders that were drawn during the era of European colonialism. In the 21st century, however, the number of armed conflicts in Africa has steadily declined.

The improved stability and economic reforms have led to a great increase in foreign investment in many African nations, mainly from China, which has spurred quick economic growth in many countries, seemingly ending decades of stagnation and decline. Africa is now at risk of being in debt once again, particularly in sub-Saharan African countries.

Although it has abundant natural resources, Africa remains the world's poorest and least-developed continent, the result of a variety of causes that may include corrupt governments and policies fraught with dubious methods. Africa is the world's second largest and second-most populous continent after Asia. With an estimated 1.3 billion people as of 2019, it accounts for about 16% of the world's population.