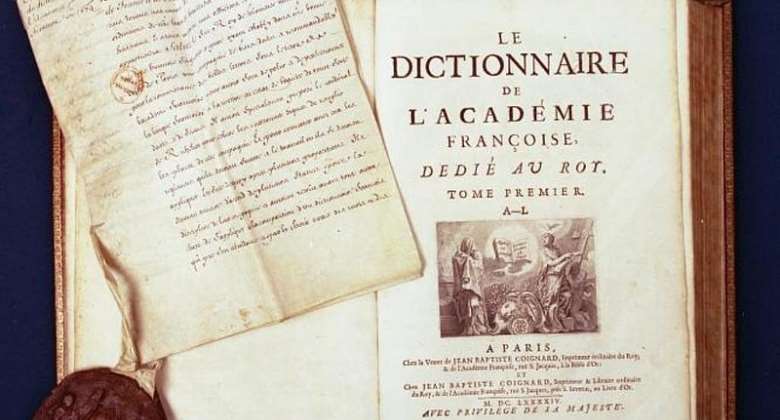 The Académie Française, the official guardian of the French language, decided that it is “preferable” that the Covid-19, the disease caused by the SARS-COV-2 virus is feminine - to be used with the article "la" not "le.” It may spell the end to the widespread practice in France of referring to it as masculine.

"The use of the feminine would be preferable," the Academie Francaise said in a directive published on its website under the category "faulty use".

On 11 February, WHO Director-General Dr Tedros Adhanom Ghebreyesus stated that the disease caused by the newly discovered coronavirus was to be called “Covid-19", pointing out that “under agreed guidelines … we had to find a name that did not refer to a geographical location, an animal, an individual or group of people, and which is also pronounceable and related to the disease.”

However, there was no mention of any article, and English texts refer to “Covid-19,” and not to “the Covid-19.”

But that doesn't work in French, dictates the Académie.

And there's more.
The whole construction “Covid,” is questionable, the Academy's statement points out, as it is an abbreviation of “Corona Virus Disease,” which mixes Latin and English.

Morbid virus
A much better term would have been “Corona Virus Morbus,” where “Morbus” is Latin for “disease,” thus making the acronym into “Covim-19".

"It is perhaps not too late to give this acronym back the gender it should have,” reads the statement of the French Academy.

The Academy deplores the use of the masculine "le Covid-19" in the media and in general conversation in France, saying the disease had wrongly been attributed the same gender as the germ that causes it: "le" coronavirus.

The World Health Organization itself has long referred to Covid-19 as "la" in its French dispatches, although in its initial French-language statement it did not mention an article at all. In Canada, Prime Minister Justin Trudeau, government websites and the media use the feminine form as well.

The members of the French academy are mostly elderly men who, on official occasions, wear an ornate uniform and a sword and are known as "the immortals."

Only last year did the notoriously conservative academy allow feminine versions of nouns for professions such as doctor ("docteure") and teacher ("professeuse".)