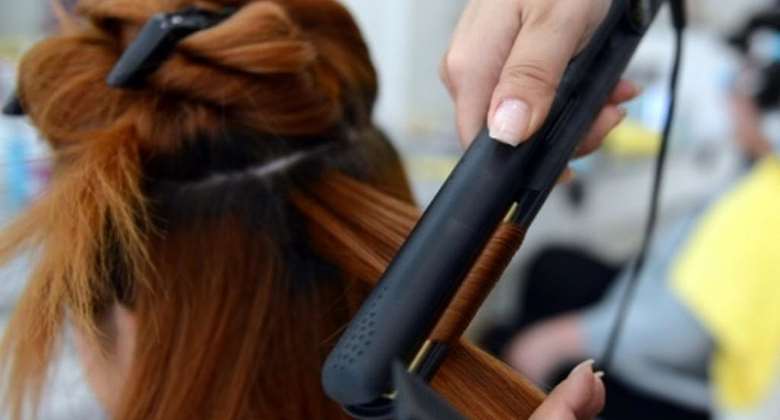 French Finance Minister Bruno Le Maire administered haircuts to his three sons during lockdown and admitted the result "doesn't look great". He's a fan of hairdressers and signalled early on that they'd be among the first shops to re open.

Hairdressers opened their doors in France on Monday for the first time in 55 days as part of the push to restart the nation.

Bruno Le Maire will no doubt be among the first customers. The Finance Minister told BFMTV in April "Sure you can try cutting your hair yourself at home but the results aren't always brilliant."

He might also have had in mind two well-known and usually smoothly-groomed French television presenters who have been trying to manage without their hairdressers. The nation has watched as the thick curly hair of one of the men piles comically higher and higher while the woman experiments painfully with home dye.

Many people were puzzled that in a country like France, hairdressers weren't designated essential services. They weren't but they clearly are and they re-opened today to stuffed appointment books.

New Look
The proprietor of a small salon in the Parisian suburb of Saint Germain en Laye said she has no slots available for the next 3 weeks. The salon, which used to be closed on Mondays, will now open 6 days per week and take customers from 8 in the morning until 7 pm.

She has made numerous changes to comply with regulations on Covid-19. Customers are directed towards the hand sanitizer on arrival. Only 2 clients are allowed in the salon at once and the sinks aren't used at the same time as they are too close together for social distancing. The staff wear face masks and customers are also asked to arrive in masks.  They're given disposable gowns to wear and all the magazines have been removed from the salon.

“Most of my regular customers booked appointments as soon as the re opening date was announced”, said Karine, who runs the salon. “I spent the whole of last Wednesday answering the phone, it was insane.”

She tells how her customers are overjoyed to be able to get their hair done at last. “One lady said she got to the point where she wouldn't look in the mirror during lockdown because it made her miserable. It really is important for people's morale. They need to feel good.”

The nation's confidantes
“It's nice for them to get out and be able to chat to us too,” said Karine. Hairdressers are of course also for many of us, psychologists and confidantes. After weeks of lockdown they will no doubt hear stories of sadness and fear and frustration from their clients. They will hear worries that the restrictions are being lifted too early from some and criticism that it is too soon from others.

Like everywhere else, France has taken the first steps towards reviving the economy by allowing some shops and services to open. The danger of a new surge in Covid-19 infections must be weighed against the growing threat to the economy.

Across the road in a clothes shop, business was slow, “It will take a while to pick up”, said the owner as she disinfected the counter, “but slowly things will improve.” Hard to read her expression behind her facemask but she sounded positive. She reminded me to disinfect my hands using the sanitizer provided as I entered and left the shop.

The Institut de Beauté, like the hairdressers, is also reporting full books on its first day back in business since lockdown began. “I have a space on Wednesday but otherwise all this week is full” said the manageress, who also wore a mask and observed social distancing.

The main bookshop is still closed though some are now opening, sometimes emailing loyal customers suggesting they phone through any orders if they're worried about entering closed spaces.

They're setting up for market day tomorrow as France's glorious markets are now back in business, though with markers on the ground to keep customers apart in queues. And you won't be to select your own asparagus or melon – you must wait to be served so that only the stall holders, who wear rubber gloves, handle the produce.

Cafés and bars must wait
The streets of St. Germain are fairly quiet but there's a gentle bustle. Except for the fact that about two thirds of the people on the streets are wearing facemasks, it feels like a normal Monday, a time when many shops in France remain closed. The town will not feel even nearly right, though until the numerous pavement cafés and restaurants and bars reopen. That's not for now but on June 2nd a date should be announced.

Gradually the country is coming back to life, with more restrictions being lifted in the so-called Green zone which covers most of the rest of France.

The mood is wary and the government has said the restrictions could be re imposed if there is a significant second wave of infection from the virus.

But the government knows it cannot continue to pay furloughed workers indefinitely and somehow the wheels of the economy must start turning again.