Killing Those Who Insult Prophets And Religious Discontents in Nigeria 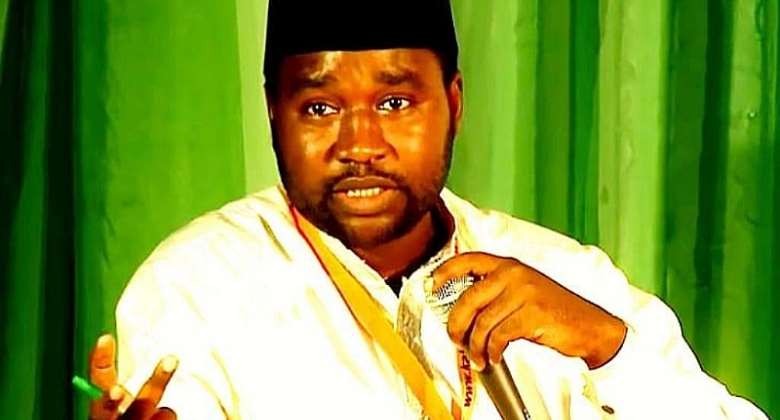 In the light of Mubarak Bala’s case , it has become pertinent to take a critical look at this idea of insulting prophets. This is because persons of a particular religion have always exercised the prerogative of making allegations of insulting their prophet and consequently threatening violence as if their prophet is the only prophet. As a standard for inter-religious interaction and communication, killing those who are adjudged to have insulted a prophet is unacceptable. It is not justifiable and does not reflect positively on any religion. This ritual of bloodletting is incompatible with basic humanity and common moral decencies. So why glorify violence and murder in the name of religion? Why stoke up flames that typify radical and vicious religiosity?

Look, threatening to kill or murder anyone for insulting a prophet is an ill wind, a savage habit by any stretch of religious imagination in this 21st century. The idea of murdering persons assumed to have insulted a prophet should not even be discussed, considered, or implied as an option or a form of sanction because this punitive tendency only yields chaos, impunity, and conflict in any human community.

Such a horrific proposition ends up tarnishing the image of any religion and stains the representation of the prophet(s) in question.

For the sake of this argument, let us define insulting a prophet as making any statement, expressing a viewpoint or designation of a prophet in ways, which adherents of a religion deem disrespectful or offensive. So insulting a prophet is relative to the believers, not the prophet. Insulting is not in the statement but its interpretation.

In a society such as Nigeria, various religions exist. And these religions propagate diverse, conflicting, and contradicting notions of a prophet and prophets. It is difficult to comprehend how one can make sense of ‘insulting’ a prophet in a situation characterized by varied and shifting perceptions and representations of prophet and prophethood. This is because any teachings of these religions could easily be seen and interpreted as a form of insult to one prophet or another. Now imagine adherents of the various religions holding rigidly to the idea of killing those who insult their prophets. That means nobody would be left alive in the world. Or better humans will be nearing extinction.

So proposing to kill anybody who insults a prophet lacks moral justification and foundation. There is no intelligibility in sanctioning or shedding the blood of those who disrespect the prophet of a particular religion because every religion is an exercise in profanation.

Furthermore, Islam contains teachings that insult or could be deemed as insulting to the prophets of Christianity such as Jesus. By the way, Christianity does not teach that Jesus is a prophet. Christianity maintains that Jesus is God. Now Islam teaches that there is no other god but Allah and Muhammad the messenger. From a Christian perspective, this is insulting and blasphemous to Jesus Christ. And Muslims rehearse this line over and over again as a statement of faith. Now Christians believe that Jesus Christ is God, not a god, the savior of the world, not a messenger. Christians can deem this basic statement of Islamic faith scornful, annoying, and provoking because Islam demotes Jesus and designates him as a prophetic inferior to Muhammad.

Now Islamic clerics are in many parts of the Christian dominated sections of the country preaching and propagating provoking ideas. Muslim scholars try to convert Christians in these places telling them to discard Christianity and embrace Islam. Islamic clerics openly and publicly declare that Jesus is a prophet, not God, that Muhammad, who is not even mentioned anywhere in the Christian text, is the greatest messenger of God. Now imagine if Christians in these places begin to accuse Muslim preachers of blasphemy. Think about what would happen if Christians start petitioning Islamic ‘scholars’ for insulting Jesus Christ as Muslims have done in the case of Mubarak Bala.

Imagine if Christians start issuing death threats against anyone who says that Jesus is a prophet, not God, or that Jesus is prophetically inferior to Muhammad; that Jesus is not the savior of the world. There will be no peace in this country.

From a Christian perspective, Muslims should understand that Islam is a form of blasphemy. For Christians, a religion that calls Jesus a prophet is anathema. And if Christians and traditional religionists including atheists have learned to tolerate those 'provoking' and 'annoying' statements of faith; if they have learned to live with the ‘insults’ from Muslims, and Islamic preachers and scholars, Muslims should learn to do the same. Muslims should not threaten violence against those who insult the prophet in Kano and expect others in Abia or Cross River to tolerate the insults to prophets of other religions by Muslim preachers and teachers.

Muslims should use this period of Ramadan to seriously reflect on this vicious practice of killing or sanctioning death for those who insult the prophet. This practice is not compatible with the idea of an enlightened Islam and the notion of a religion of peace. I mean how can Muslims say that Islam is a peaceful religion when there is zero tolerance of dissent, disbelief, other belief, and unbelief. How can Muslims claim that there is 'no compulsion in religion' when Muslims as a matter of habit kill or are ready to kill those who insult the prophet. This blood-thirsty form of Islam needs to be rooted out. Muslims should consider discarding and abandoning this despicable idea and practice that has left a dark and bloody stain on the history of Islam in Nigeria and the world.

MoMo transaction value for April declines by GH₵2.8billion
21 minutes ago