African Unity: what for? 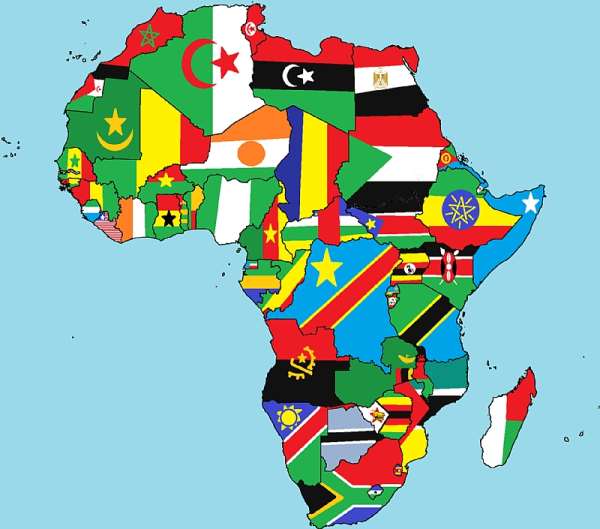 Tunesian Businessman, Tunis: "When you can get Shea Butter from Germany we send you the money and pay. But from Ghana? No way, as we do not trust Africans!"

Germany has no Shea Butter unless imported. Ghana has Shea Butter in high quality, great quantity at great prices. The only disadvantage of Ghana is: it is not Germany!

The European Union was established after European Countries enemies for hundreds of years fighting each other to death had finally come to the conclusion, killing for power and riches is not the best way forward. In a competitive world like ours is continents need to work and stay together to make it on all levels of society and stay above other corners of the world. Under heavy and loud pain over generations of Politicians, the European Union was born and European Parliaments gives the people of Europe a chance to voice their concerns and ideas to move the common course on a troubled continent forward.

The Soviet Union was a powerhouse among nations with Warshaw Pact as strong military force to establish Communism in the vast lands of East Europe/Asia. Under Lenin, Stalin and their successors to prove to mankind that Communism is the superior ideology over market capitalism kept the Soviet Union intact supported by brutal force of their Leaders. When the economic downfall was visible political forces emerged asking for freedom of speech and a different face of their political system. Finally, the Union broke down in tears and different Nations.

The United States of America was supposed to be heaven on earth for religiously and politically oppressed Europeans that saw the vast country as their future to express their beliefs of free and happy people that are so free that capitalism with no social attachments were to be the Gods of their mantra. After clearing the land by killing native Indians and buffalos alike using African slaves to harvest the lands and make themselves rich at the expense of others. World Wars came as a blessing to them to be lifted up to the level of World Police and manage earth matters in their very own interest.

Africa got its independence from the Colonial Masters in various stages. Blood for their liberation was shed. Finally free for Dr. Kwame Nkrumah to declare in the night of 06. 03.1957 prophetically: "When the black man is finally free he can manage his own affairs." The essential question arises: why should Africa unite? For fighting against Colonialism because of foreign soldiers on the ground or/and financial takeover of African Nations through the obvious backdoor? Uniting for common üpolitical believes like Democracy or Democracy dressed in clothes of Dictatorship or Dictatorship for the nacked eyes straight on? Uniting for the economic unity to trade among themselves and leave the outside world stranded? Unity for the slogan "Pan-Africanism" used by busy mouth with no substance, no concept well thought through and detailed published, as slogans are words but a book of great volumes like "The Capital" of Karl Marx and "My Fight" of Adolf Hitler or the Mao "Bible" are tools for implementation! Great ideas life-changing for societies are never teamwork but rest on the shoulders of individuals alone.

The youth of Africa is called to raise up against their corrupt leaders have had the chance for generations by now and never did. Will the youth, after a phase of rebellion against the injustice done in their country and make a mark for themselves, not rather fall back into the routine of corruption as they carry the blood of their ancestors in their bodies and minds? Arab Spring, especially in Tunesia, exposed the weakness of African Youth to change Africa for the better. They took their emotions to the streets instead of their brains. Unprepared, no new constitution or alternative Government and needed structural plan in place - Tunesia had its new constitution only two years after the Arab Spring creating a long vacuum for various fractions to surface and take control - they move into a vulnerable direction with easy access of future mismanagement by strong men again. The youth is unexperienced by nature and for the hard work to create a new society depending on factual and life experienced only older men have that in Africa are part of the establishment with incorrect minds. The cat turns around and bites into its own tail!

Unity on different continents go in stages over generations often in form of roller coaster-like Brexit or Greece financial crises have clearly demonstrated. All forms of great Unity once were only visioned and expressed by one person alone and made effective by that "One Person" to motivate others to follow. From eagle-eye perspective, Africa does not have that "One Person" in any corner of the continent as of now.

‘Tweaa’ there is no power in the bible; it only contains his...
7 minutes ago