Patriotic Vaccines: The Divided Coronavirus Cause 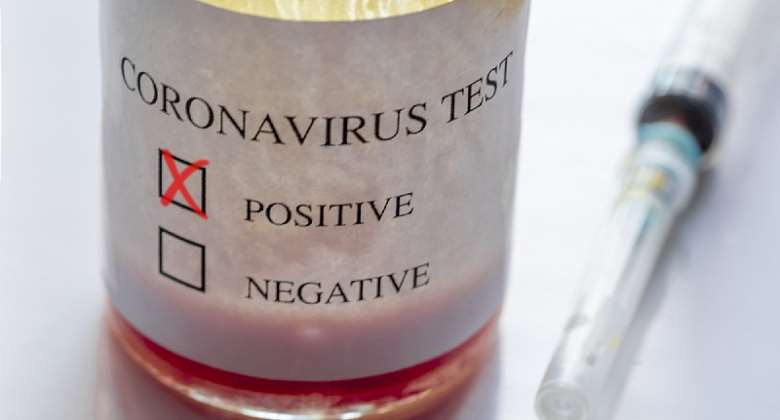 When it comes to the politics of medicine and disease, the United States has always attempted to steal the limelight, while adding the now faded colouring of universal human welfare. In 1965, Washington pledged financial and technical support to the international effort to eradicate smallpox, though the initiative had initially been spurred by the Soviet Union at the behest of virologist and deputy health minister Victor Zhdanov in 1958. At that point in time, the World Health Organisation was not so much a punch bag as vehicle for US foreign policy, to be cultivated rather than rebuked.

As with the eradication of smallpox, a forced language of solidarity is coming into being with efforts to find a vaccine for the novel coronavirus. But behind it, there is backbiting and hostility, suspicion and paranoia. Like putting the first person on the moon, the matter is one of divided political endeavours.

One such effort of solidarity, and a not very convincing one at that, was made at this month’s Coronavirus Global Response Pledging Conference. The European Commission gave it a deceptively united title: “Joining forces to accelerate the development, production and equitable access to COVID-19 vaccines, diagnostics and therapeutics – on-line pledging event.” Representatives from 43 countries, a range of non-profit entities and scientific groups also added to the number.

Like fund drives that are common in the United States for public broadcasting, the efforts were billed as magisterial when they were, for the most part, modest. 7.4 million euros seems rather small fare when compared to the weighty global loss in life, limb and economy, though it looks a dream to coalface researchers. There was also a certain niggling anomaly in the event that took away some of its lustre. EU officials had permitted the pledging of money already spent on COVID-19 relief since January 30, making the raised amount more generous than it otherwise would have been. The United Kingdom was a case in point, having pledged £388 million toward a total as part of a prior pledge for £744 million. The EU bureaucrats for their part, have not been forthcoming how much in terms of new funding was pledged, making it difficult to spot the double-counters.

The language from the donors, however, was high sounding in hope. President of the European Commission Ursula von der Leyen was flashily presuming in her rhetoric. “Today we can truly say the world is united against the coronavirus, and the world will win.” The world, she claimed grandly, had “showed extraordinary unity for the common good … With such commitment, we are on track for developing, producing and deploying a vaccine for all.”

The British Prime Minister and COVID-19 survivor Boris Johnson was also unduly optimistic in his assessment of such a worldly effort. “The race to discover the vaccine to defeat this virus is not a competition between countries but the most urgent shared endeavour of our lifetimes.”

To ensure that this does take place will take more than pooled pledges with vague lines of distribution. The entire effort to find a vaccine would need to be decentralised. An aide to French President Emmanuel Macron described the problem to Politico as ensuring “that the production of the vaccine does not end up taking place only in the US or in a specific place, because the companies that produce vaccines are from a certain nationality”.

But a full-blooded competition this is, spiked with considerations of self-interest. Former commissioner of the US Food and Drug Administration Scott Gottlieb saw it in terms of a sporting race with a lucrative prize at the end. There is nothing of the cooperative or sharing spirit here, with Gottlieb seeing countries inoculating their own citizens first before sharing any supply with generous heart. “The first country to the finish line will be the first to restore its economy and global influence. America risks being second.” Given that Gottlieb is himself a board member of Pfizer and the biotech company Ilumina, a bit of hearty pandemic capitalism is bound to figure in his assessments.

The Trump administration had already signalled its intention to avoid any show of unity in the vaccine effort, which may suggest an unintentional expression of blunt honesty. It has frozen funding to the WHO and refused to send any representatives to a meeting organised by the organisation at a meeting, conducted virtually, last month. A spokesman for the US mission in Geneva told Reuters at the time that Washington “looked forward to learning more about this initiative in support of international cooperation to develop a vaccine for COVID-19 as soon as possible” but would not be participating in any official way. The response was much the same to the European Commission’s pledging conference.

For the Trump administration, finding a COVID-19 vaccine will, contrary to Johnson’s belief, be a predatory exercise in self-interest because other countries will, given the chance, treat it the same way. A neat, if vulgar example of this was given in March, when Die Welt reported that “large sums of money” had been offered by the administration for the German biopharmaceutical company CureVac, though former CEO Dan Menichella seemed to suggest that no definite offer was made in a meeting he had with the US president. Within that same month, Menichella had been replaced by the same man he replaced: founder Ingmar Hoerr.

In the messy rumble, billionaire Dietmar Hopp, who has an 80 percent shareholding in CureVac via his biotech company Dievini has dismissed such ideas of exclusivity. No German company would entrust themselves with the task of creating such a vaccine that would be merely for exclusive US use. German health minister Jens Spahn was of like mind: any such vaccine would “not be for individual countries” but “for the whole world”.

This is stern and admirable stuff but not particularly convincing. The global patent system is marked by vicious rivalries rather than tea-ceremony tranquillity. The behaviour of its participants, according to the University of Hong Kong’s Bryan Mercurio, tends towards a winner takes all approach. “The rest of the efforts will go unrewarded.”

The fractious scramble for appropriate vaccines and viral drugs, as with other scrambles of history, serves to highlight the crude, even cruel reality of power politics, which proves stubborn even in the face of the existential and costly. This is pure Donald Trump, unilateral, instinctive and unromantic, with a reaction in keeping with previous thinking when it comes to international efforts of solidarity. Look more closely at them and see the sham; it’s every state for itself.